Stay in the light!

There are some films that are filled with cliches and you can predict exactly where the plot is going, but you love them anyway, Darkness Falls is one of those movies, it may not be a cinematic classic, but in my view, in terms of horror cinema, it’s not to bad. 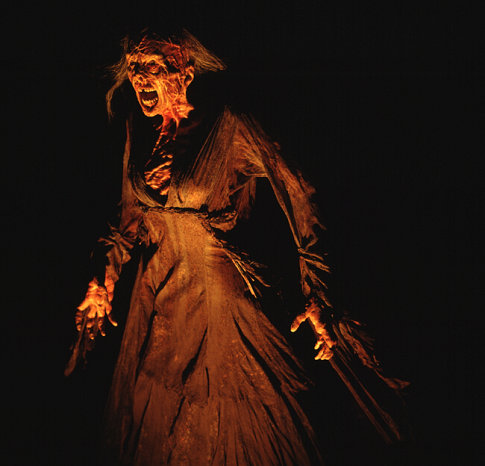 You have probably never really thought about it, but the idea of the Tooth Fairy, someone that comes into your room at night and takes former body parts from under your pillow, is kinda creepy, so it was only a matter of time till someone developed it into a horror film, luckily when it was, they gave it a decent enough budget and script

As with most supernatural horrors, there needs to be a back story, one with lashings of gore and sorrow, Darkness Falls has that in spades, Elderly widow Matilda Dixon is a spinster who gives children treats in return for their baby teeth, but when two children go missing, the townspeople burn her at the stake, only to realise she was innocent, this causes Matilda’s spirit to come back and haunt the town ever since, (far fetched I know, but entertaining). 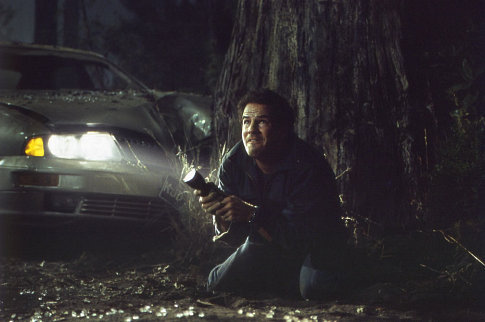 Over time the tale has become urban legend, with rules to keep you safe from the evil tooth fairy, such as she can only kill you if you have seen her and because of being burnt alive, she is very light-sensitive, which means that your safe if your in the light (seems easy enough right?…… Wrong)

Because if it was, then the film would be pretty simple as nothing would happen, let’s just say that someone saw her and managed to make it to the light, that someone is Kyle Walsh, who survives seeing Matilda, but can no longer be in the dark as she is after him, to me there is something daunting about not being able to ever not be somewhere lit, it’s difficult unless you live near somewhere that is open 24/7, with lights aplenty, luckily for Kyle, he can work in Las Vegas. 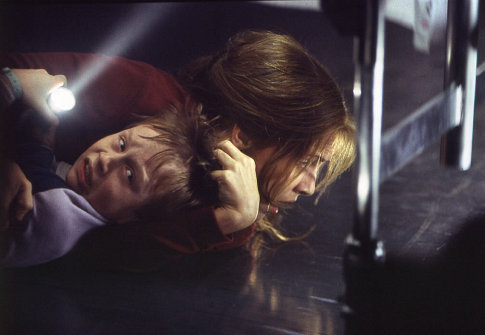 Back in Darkness Falls though, the younger brother of Kyles childhood sweetheart has seen Matilda too and now needs Kyles help, taking him back to the place he hoped never to return too, into a full-on fight against Matilda.

The film itself isn’t badly made, it runs at a good pace and it’s shot well, it was produced at a time when there were quite a few reasonable horror films coming out and Darkness falls is in that category, you can pretty much guess where it’s going, who will die and where the ending will take place, luckily though this doesn’t ruin the picture, it just means it’s more of a popcorn horror than a deep thinker, this is something you would put on when with friends, when you can sit back and enjoy. 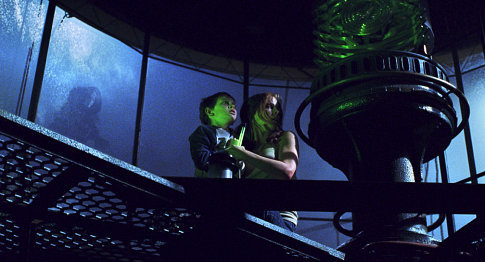 Matilda makes an interesting evil spirit, one the one hand she is unrelenting and scary, but I would of liked the characters to of delved deeper into her past, or a large number of deaths involving children in the town, which is touched on, but not long enough for people to question it, this is a minor fault in an otherwise acceptable horror flick

So if you’re in the mood for a reasonable horror film, with a scary villain, good graphics and a scary twist on a beloved children’s tale, this is the perfect film for you.