Forget all you know or think you know 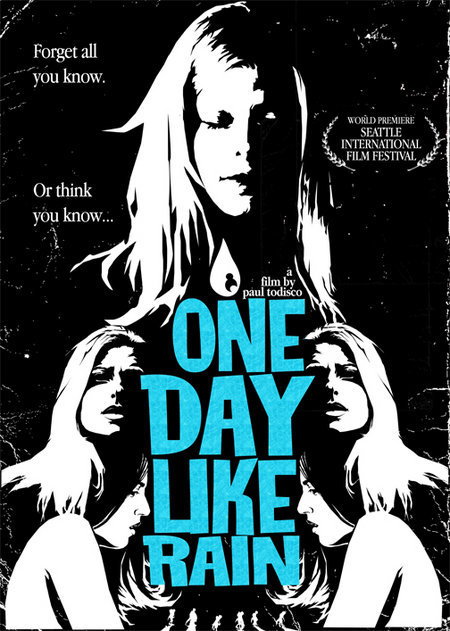 Plot: A teenage girl living in California suburbia devises a metaphysical experiment designed to save the world from what she sees as an impending doom…but the results of such an experiment prove to be both beneficial and destructive.

One Day Like Rain is a low-budget independent production, melding elements of teen drama, doomsday science fiction and Californian mysticism into a cryptic, David Lynch influenced tale about a teenage girl living in California suburbia, dreaming about a metaphysical experiment designed to save the world from what she sees as an impending doom, but the results of such an experiment prove to be both beneficial and destructive, gaining multiple award nominations in the process such as the Jury Prize at the Seattle Film Festival, Official Selection for the Amsterdam Fantastic Film Festival and the Syracuse International Film Festival. 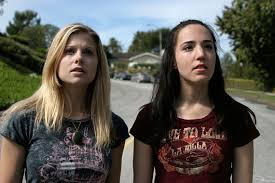 This film is a very interesting film that has great acting and cinematography, but unfortunately for all it’s trying to do, you do end up getting lost in the plot and spending a large portion of the time, waiting for something worthwhile to happen and all though this is the kind of thing that happens when your dealing with open-ended storytelling, I have seen it done better in other films.
Now I’m not saying this is a bad film, just one you will either love and come to think of as a cult classic or will make you fall asleep, either way, the strange animation sequences will entertain you and set it apart from most other indie genre films that came out in the mid ’00s, mainly as they are so ‘out there’ and trippy that they stick with you for years to come.

I find it hard to be harsh on a film that I was able to watch for free on the now shut down, Indie Movies Online, which at the time showcased little known independent films and gave them a bigger audience, think Netflix but free. Overall One Day Like Rain is an interesting film and given its budget, the film did a relatively good job, it’s never going to be on anyone’s top ten list, but I can see it making a fair few top 50’s.