Robin Thickle is am American R&B singer-songwriter from Los Angeles, who’s written songs for some of the biggest American artists as well as producing some solid R&B albums under the name Thickle, but now using his full name, he has found success in the UK charts, which until now proved to be allusive. 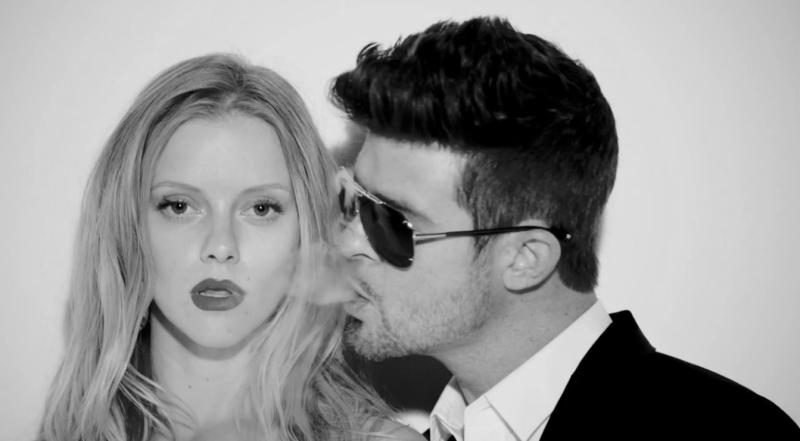 The 90’s are back, just check any clothing store and you will see the exact same stuff people had on in 10 things I hate about you, so it was only a matter of time before the music started to resemble what people listened to, the first time I heard Blurred Lines, it took me back to 1999, with happy go lucky R&B and hip hop music, in the same vain OutKast,

The song itself combines the talents of both Robin Thickle and Pharrell, perfectly complementing the sample of the Marvin Gaye classic song “Got to Give It Up’, this creates a much more multi-layered song, than the usual R&B formula, this charming and confident melody, has an extremely playful and cheeky side, which makes you want to get up and dance, almost enough to excuse the misogynistic overtones, which I will talk about more in the next section.

The video for this song needs a special mention, taking  the misogyny to the next level, with a collection of beautiful women, prancing around in very little and sometimes nothing at all, blurring the lines at what Youtube is willing to host, forcing them to make a second, slightly less revealing video for the site, emphasis on the slightly, then again, R&B was never the most forward-thinking of musical genres and this sticks to the ‘not broke, don’t fix’ adage, pandering to the R&B target audience of teenage boys.