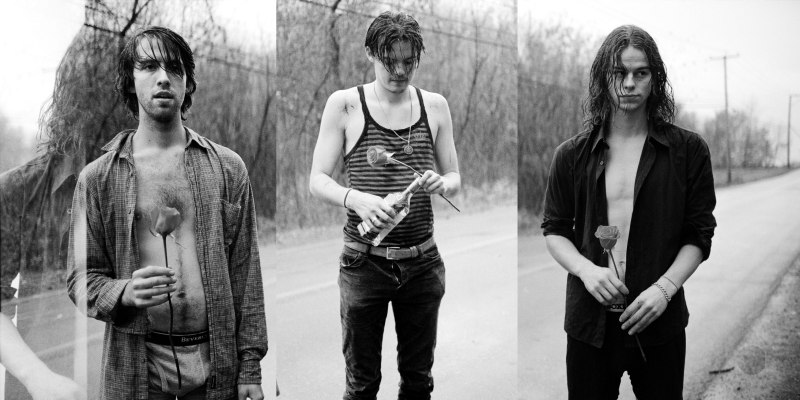 I hate when you find a cool new band on YouTube, discover that they are touring within the next month, leading you to think that all the pieces are falling into place, only to discover that said gig has sold out, this is exactly what happened last week when I happened upon Canadian indie band Half Moon Run.

Disappointment aside, Half Moon Run are a must check out if you like bands such as Of Monsters and Men or Pulled Apart by Horses, with their debut album ‘Dark Eyes’ being is possibly the first album that I’ve seen labelled ‘indie smooth‘, something that perfectly fits this Montreal three-piece, whose songs range from deep and soulful, to something with more of a Ska flavour, with Half Moon Run switching things up with practically every track, helping to produce an album that if very close to being my favourite of the year.

There is a sense of fun flowing throughout, especially in the track ‘She Wants To Know‘, a dark and poetic piano melody, that develops throughout and builds up towards a satisfying crescendo, straddling the border between folk and rock, using the best bits of both genres to produce a hauntingly beautiful classic.

These Canadian rockers have produced one of the most atmospheric albums of 2013, while somehow further proving that Montreal is now the best place to form a band, with Half Moon Run following in the footsteps of fellow Montrealers Arcade Fire, Grimes and Simple Plan.

if you feel luckier than I have been, here are the dates of their upcoming UK tour.