Today was the day for those lucky people who like me, plan on going to Latitude this year, with the 1st wave of bands and singers announced this morning. 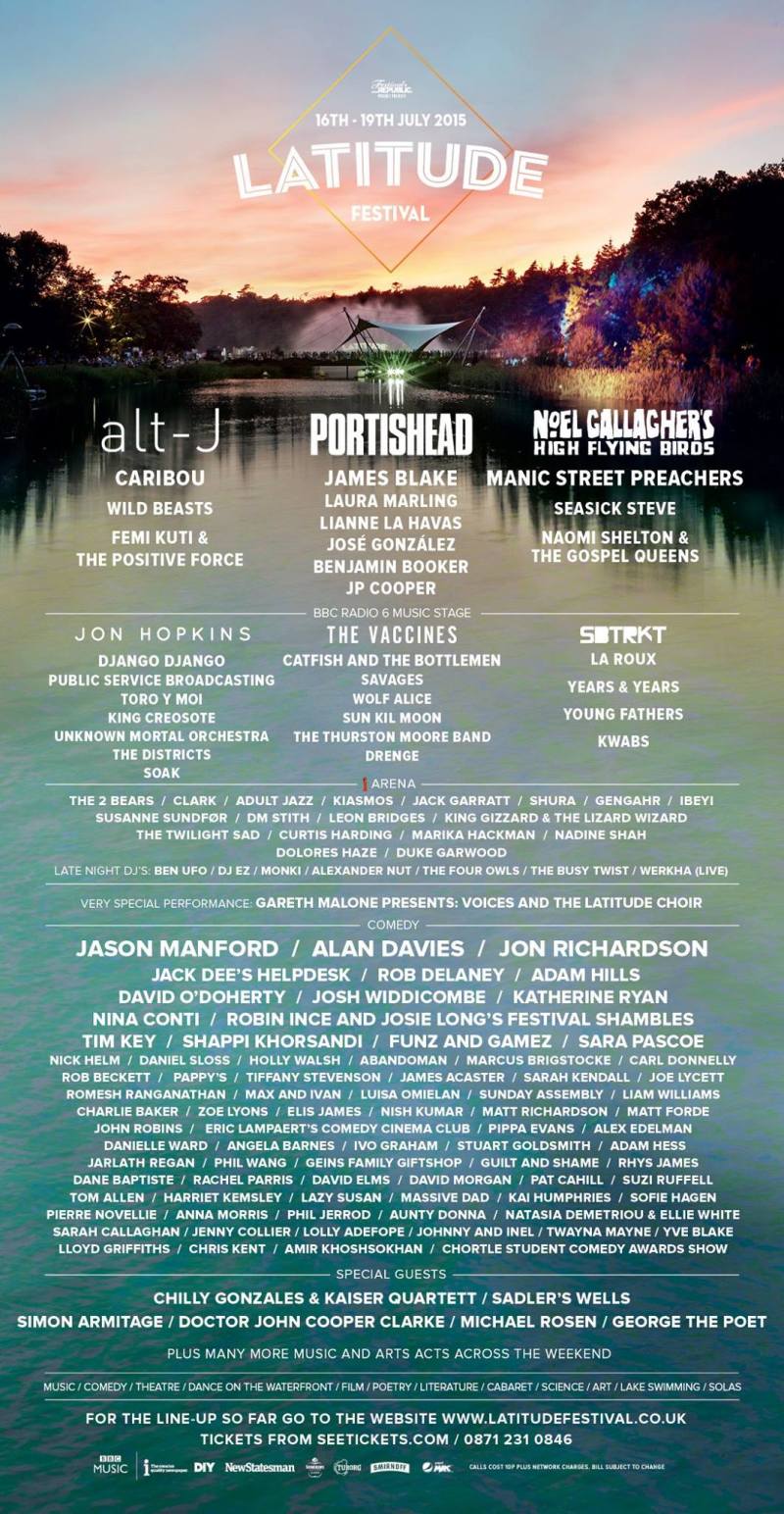 With 2015 being the festivals 10th anniversary, this years announcements had a lot to live up to, with promises of previous acts returning and new ones combining to produce the biggest year yet, all of which will be joined by some of the biggest names in comedy, including Jason Manford, Alan Davies and Jon Richardson.

So today was the big day for the first wave of acts, with Alt-J returning for the second time , joined by Noel Gallagher’s High Flying Birds, Manic Street Preachers and La Roux along with over 60 other bands, singers and DJ’s that will be hitting Suffolk this year.