Not quite what I was expecting but still good 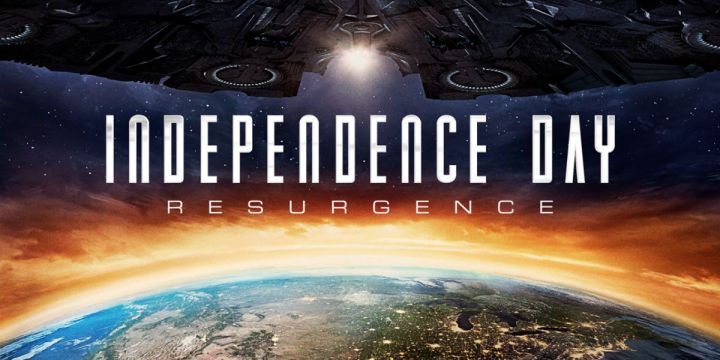 This film has been in the works for the better part of 10 years, ever since epic sci-fi action predecessor launched the career of Will Smith and made us love Jeff Goldblum way back in 1996, so it was great to finally see it come to fruition and hit the cinema screens.

Whereas the first film was based in relative reality, pitching humans with their jets against aliens and their spacecraft, Resurgence, however, ditches any sense of realism and goes full-on sci-fi, with humans co-opting the alien tech and making hybrids for space creatures the eventual return, this was both good and bad in equal measure.

Bringing back most of the original cast, minus Smith, it was time for the new characters to take the helm, almost in the way Star Wars did in their latest adventure, but where Star Wars created memorable new characters, Resurgence failed on that front, with each of the new characters feeling quite forgettable and leaving you longing for the charm and charisma that Smith oozed back in the day.

Sadly the lack of charisma from the new cast is what made the film drag a little and left you wondering if all of them were really needed, especially in the case of U.S pilot Jake Morrison, who despite being played capably by Hemsworth, left you wondering why they didn’t just merge character with that of Dylan Dubrow-Hiller ( Usher) as they did pretty much the same stuff and Hiller was an already established character from the original, thus removing a forced romance with Patricia Whitmore (Maika Monroe), luckily we had the old guard of Goldblum and Brent Spiner clearly enjoying themselves and lighting up any scene they were in.

It sounds like I didn’t like the film, in fact the opposite is true, it was fast-paced, energetic and enjoyable, with just enough CGI and a plot that was easy enough to follow without being stupid, everything you want from a summer action flick, just don’t expect it to be much like original or the 3rd one that will most likely come out in 2026.