Don’t think it, don’t say it 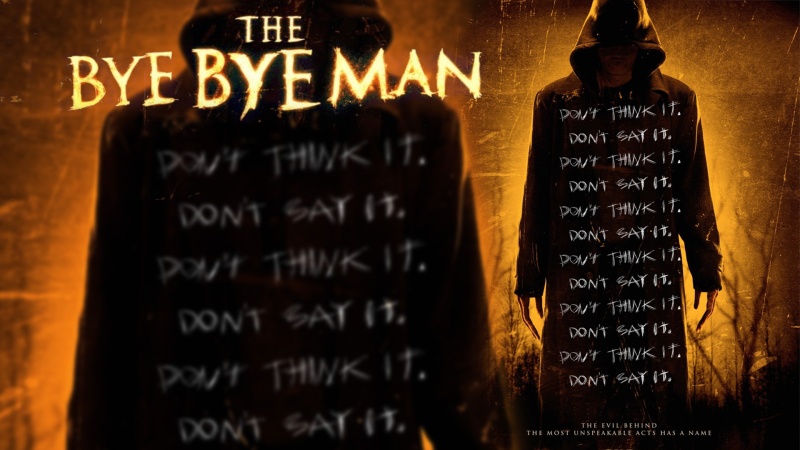 Cinema in January is never a golden period of film making, there are the big December releases winding down and a couple of films that are pushed out for those of us that want to go to the cinema and see something new, 9 times out of 10 these films are pretty dire but once in a while there is a diamond in the rough, I’m still not sure which group The Bye Bye Man sits in.

Set in a random American college town, three students move off campus into a rented house on the outskirts of town, hoping that the change of scenery will help their studies and also become party central, unfortunately for them, a supernatural presence is ready and waiting.

With some moments of terror and a few twists, The Bye Bye Man its enjoyable enough to pass, it feels more like a missed opportunity than anything else, not bothering to delve in to the creatures law and padding out a pretty straightforward plot, instead the film borrows too often from other more successful movies, namely Sinister and Oculus, both of which did it bigger and better.

The Bye Bye Man isn’t a bad film per-se, it’s just not as good as it could have been, using tried and tested horror tropes too often and not bothering to try too many new things, sadly the only feeling I had when leaving the film was disappointment at the laziness of the filmmakers.