The future unleashed every thing

Say what you want about the Cloverfield franchise but they certainly use marketing to their advantage when releasing a movie, with this year’s 3rd instalment using this year Superbowl to announce the film’s release worldwide via Netflix after the game, almost guaranteeing the massive amount of streams before any reviews could hit social media.

As with the previous two movies, The Cloverfield Paradox was shrouded in secrecy, going by different names during production and no trailers or posters before the announcement, so determinant to keep the film under wraps until the release, even the actors were kept in the dark about the title of the film until the morning of the film coming out, all of which adding to the mystic of a franchise that is already riddled with hidden messages, interconnecting secrets and easter-eggs.

Focusing on a group of astronauts onboard an international space station who are attempting to solve the world’s energy crisis and prevent global conflict, but unfortunately for them and earth the next particle accelerator didn’t end up generating infinite energy that was expected, instead caused two parallel timelines to cross over and havoc to reign supreme in both.

It was never going to be an easy process making a film that whilst trying to tell an interesting story, whilst also trying to link together and adding some back story explaining the circumstances in both the previous movies and for the most part I feel that the filmmakers did a solid enough job linking the previous films, providing a reason why Cloverfield (2008) with its giant monsters and 10 Cloverfield Lane (2016) featuring aliens, were part of a shared universe. 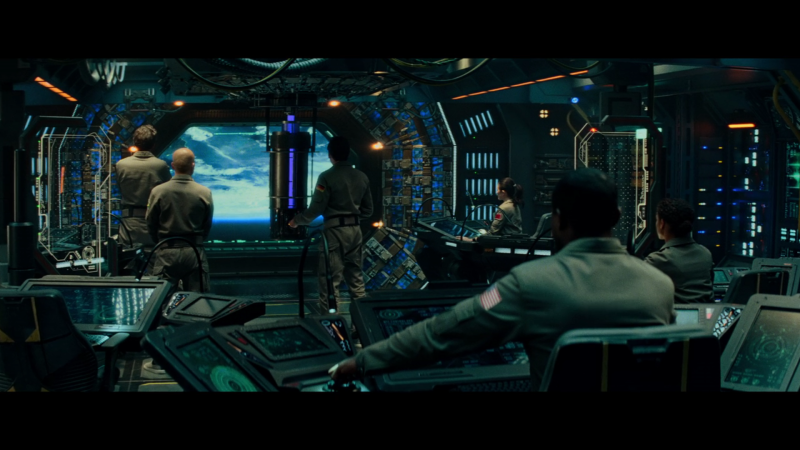 This, however, has caused one of the major issues with the film, the makers have focused on creating a shared universe first and creating a good film second, this meant that time that should have been devoted to character development was instead given to scenes setting up future films and links to previous ones, something can make a film feel nothing more than a means to an end to get to the next film, something that both DC and Marvel have been accused of in recent times.

Another one of the issues that I felt affected the film is the scenes set on earth, although I understand why they wanted them in the film, helping to showcase a few of the new issues that are happening below the clouds and show a few familiar faces, the scenes felt a little forced and slowed down the plot, taking away some of the tension that had built up onboard the space station.

overall the film does what it was meant to do in linking two vastly different films and add a little back story to the franchise, so if you enjoyed the previous two movies then there are worse ways to pass a couple of houses, but sadly if you’re after a solid  standalone sci-fi thriller then I would suggest going from recent films such as Life (2017), 400 Days (2015) and Apollo 18 (2011) instead.