Can You Keep A Secret

Stay at home single mother Stephanie (Kendrick) is slowly recovering from the death of her husband and half-brother in a car accident by throwing herself into helping out at her son’s school, running a vlog and being an overall busy-body, this, however, doesn’t leave much time for developing friendships, that is until she befriends the workaholic PR director and fellow mom Emily (Lively).

Female lead comedies are something that Paul Feig does well, his back catalogue is made up of such hits as Bridesmaids, Spy or The Heat, with only the commercial failure of Ghostbusters, which although solid was a miss-step with the fans and slightly dented his reputation. So it was all the more important that his next film put him back on track.

Another of the main issues that the film faces is that you find it difficult to see Kendrick in anything other than a wholesome no matter how solid a performance she puts in, making it difficult to see her character as anything less than wholesome also, throwing you a little bit when she does something that a nice person wouldn’t.

Another one of the film problems is the entirely pointless back story involving her half-brother which brings nothing much to the film and only serves to produce some one-liner jokes, same with the group of other parents that felt like filler and brought nothing to the film.

Now I’m not saying that A Simple Favour is a bad film, any scene with Lively and Kendrick is a joy to watch as the chemistry between the two is strong, whilst the rest of the cast really commit to their roles, even some of the more cheesy lines, not only this there are plenty of laughs throughout, so as a comedy the film does its job. 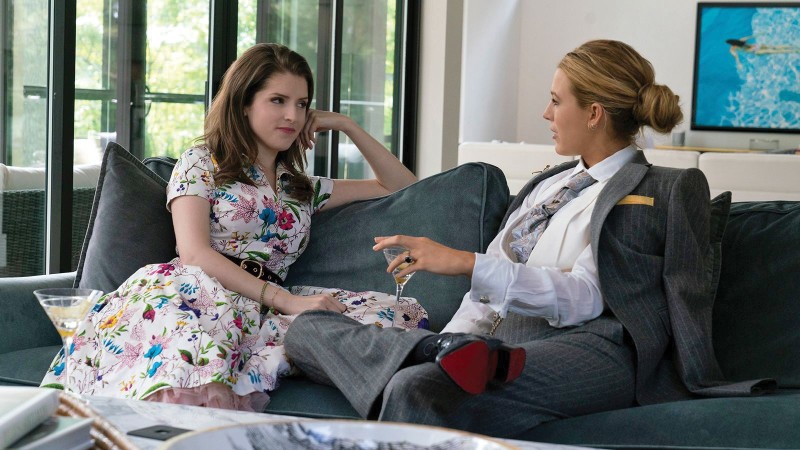 Overall A Simple Favour is a mess of different genres that you will, for the most part, find enjoyable as long as you don’t think too hard about any of the twists and turns that the film throws at you, sadly for Feig it probably wasn’t the comeback that he was hoping for.

A Simple Favour is available now on DVD, Blu-Ray and VOD