When Major Cage (Cruise) dies during a failed United Defence Forces assault on the aliens that have overtaken mainland Europe, he doesn’t stay dead, instead, he has to live the same day over and over again until he can find a way to escape the loop and maybe find a way to help the attack become a success.

The idea of making a Groundhog Day meets Saving Private Ryan cross over film taking the D-Day landings, setting it in modern times and replacing the nazi’s with aliens seems like an idea that shouldn’t work, but for some reason when you combine Liman’s great direction, Cruise and Blunt’s commitment to the role and mix it with exciting CGI filled action pieces, you end up with a film that doesn’t just work but also exceeds all expectations to become one of the best action films of the last ten years.

Based on the novel All You Need Is Kill, by Hiroshi Sakurazaka, Edge of Tomorrow somehow managed to take some of the gritty realism from the Saving Private Ryan beach assault scene and mixed it with elements from science fiction classics like Starship Troopers and Aliens, with a hint of Source Code and a little bit of Halo, quite a feat for a film no one was expecting much from and was probably more likely to fail than succeed. 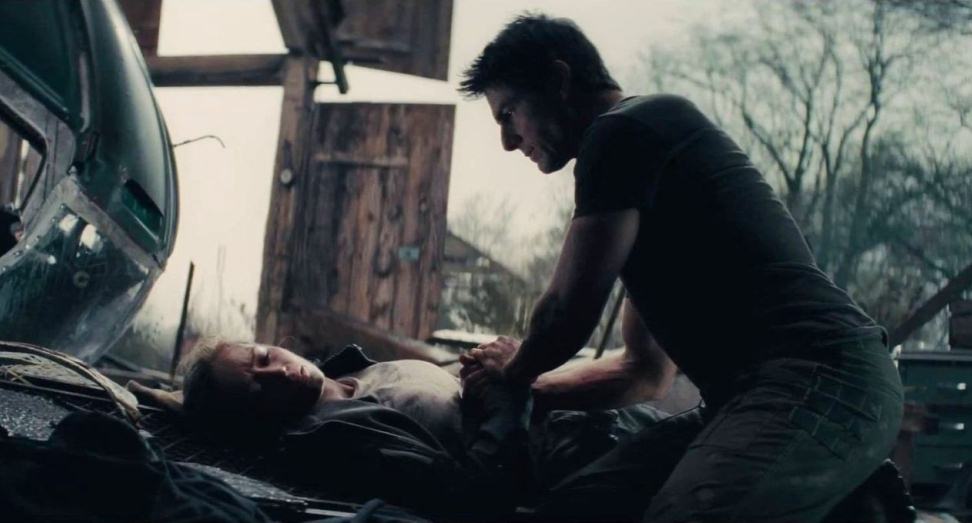 You’re never 100% sure what kind of film you’re in for when going to see a Tom Cruise sci-fi film anymore, for every Minority Report or War of the Worlds that more than exceeded expectations you have a Vanilla Sky or Oblivion that failed to live up to them, not all of which was his fault but especially in the case of Oblivion you could tell that his usual commitment to the role just wasn’t there. Luckily for us Edge of Tomorrow feels closer to his best.

Another aspect of the film that I rather enjoyed was that unlike in most of his films Cruise plays a character that doesn’t start off in any way heroic and actively avoids doing anything brave, instead, it is left up to Emily Blunt’s character Sergeant Rita Vrataski to inspire others and also kick some serious ass, not only providing a strong female character in a male-dominated genre but also provides Blunt with another role that shows off her increasing talent and acting skills.

Now I’m not saying that the film is perfect, not by any stretch of the imagination, apart from the main two characters, the rest of the cast can come off as a little one dimensional, thus meaning you don’t have an emotional connection to the if/when they are killed, on top of this the film never really manages to fully explain the chain of events that lead up to the start of the war, which is a shame as when the film transports you to the French countryside and Paris, you can’t help but wonder what happened and how much you would have loved to see it.

A film that doesn’t work but it does, Edge of Tomorrow has taken elements from a range of different genres, two likeable and talented actors and mixed it all together to produce a unique and entertaining sci-fi/action film that should definitely make up part of any science fiction fans film collection, now tome to sit back and look forward to the sequel

If you liked: Starship Troopers, War of the Worlds, Saving Private Ryan