Every family tree hides a secret

Plot: After the family matriarch passes away, a grieving family is haunted by tragic and disturbing occurrences, and begin to unravel dark secrets.

Over the last few years, the horror genre has left behind the cheap and cheerful found-footage look and gone down a different route, with Ari Aster’s debut film Hereditary joining The Witch, It Follows and The Babadook in proving that a horror film can be stylish and scary at the same time.

Hereditary tells you straight from the first scene that this film isn’t your usual scary movie, Aster clearly though in depth about every shot and edit to produce a film that even with the simplest cut can make you feel uneasy, not an easy feat when essentially the film is about a cursed family dealing with a death and the breakdown of a marriage. 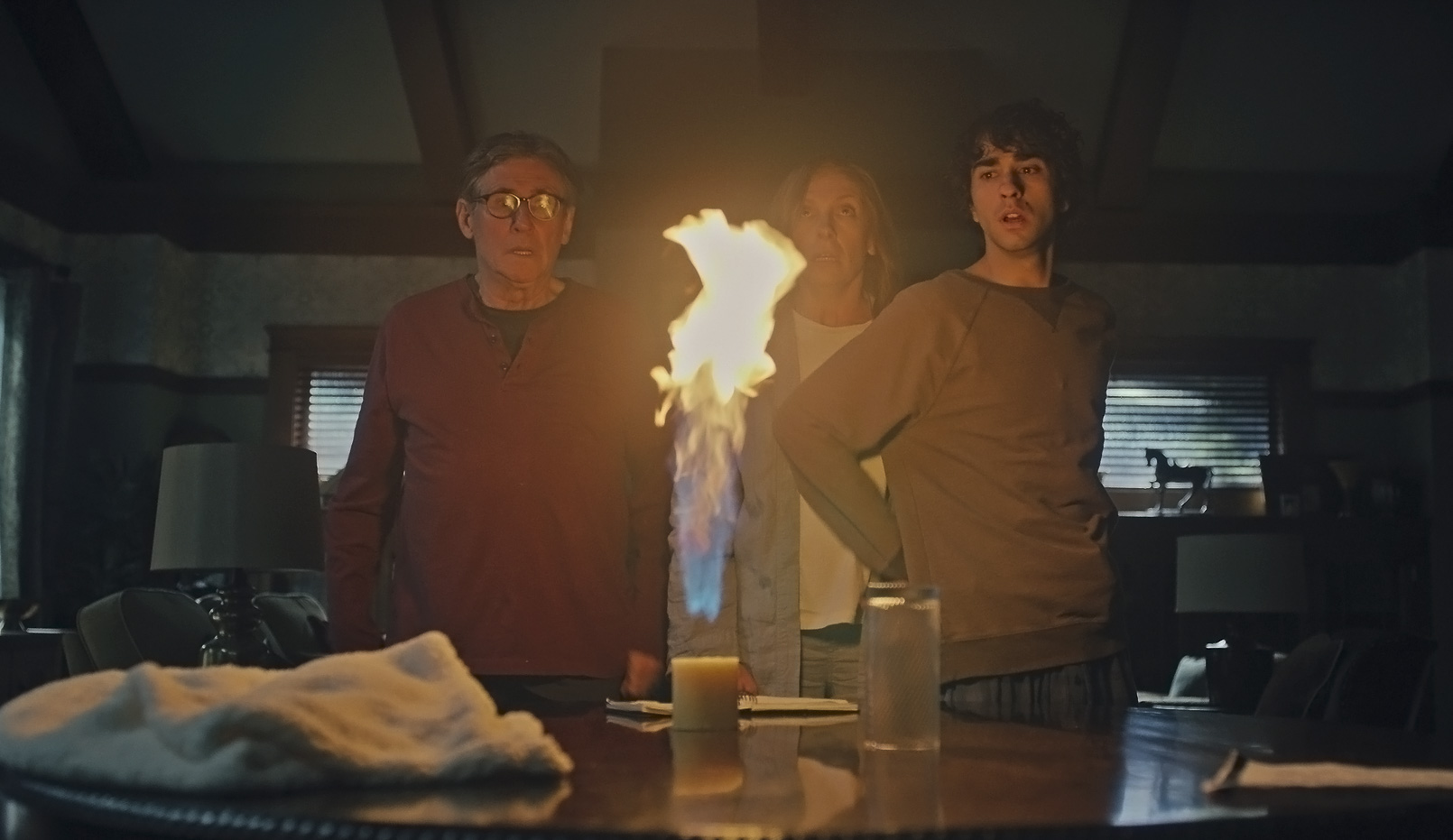 Keeping you guessing throughout as to who or what is behind all of the events befalling the family, Hereditary sports an excellent cast of method actors, headed up by the extremely talented Toni Collette, in fact, her performance of long-suffering mother Annie blew me away so much I still can’t quite believe she didn’t receive an Oscar nomination for her work, it was raw and emotion filled, I really do struggle to remember the last time I saw someone do as good a job in a genre film.

Alex Wolff also shines as Peter, Annie’s teenage son, but it’s the young Milly Shapiro playing Peter’s younger sister Charlie that I was most impressed with in terms of helping to produce that uneasy easy during the early portion of the film, even now when I hear someone make a clicking sound with their mouths I think of Charlie.

Starting off with the death of Annie’s mother, the film doesn’t let up in terms of tension, tragedy and heavy atmosphere, putting the audience on the edge of their seats and not letting them relax right until the last shot, even in scenes with the family seemingly in no danger, you can’t help but feel that something is just around the corner, with plenty of hints and foreshadowing throughout to make you watch over and over again.

There is very little to dislike about Hereditary, the sacres are complex and unexpected, while the cinematography is gorgeous to watch even if you’re not a fan of horror films, all of which is a surprise given it is Aster’s first feature film.

Hereditary is a film that never fails to entertain, packed with intricate and beautiful plots and storylines it has quickly been recognised as one of the best modern horror movies, not bad for a first attempt.

If you liked: Ghost Stories, The Ritual, The Witch