Evil has found its superhero

Plot: What if a child from another world crash-landed on Earth, but instead of becoming a hero to mankind, he proved to be something far more sinister?

From all the trailers and advertising I had seen for Brightburn, I had gone into this film thinking it was going to be somewhere between an anti-hero coming or age tales such as Venom and a bad guy origin story like the upcoming Joker film, but unlike expectations, this film turned out to be somewhat of a surprise, a horror film with only elements of the other sub-genres.

The problem the makers had when making this is that although it’s about a family in rural Kansas who find a baby in a crashed space ship and raise him as their own, only for him to start displaying superhuman abilities, the story isn’t about Superman, which is shame because it limited them in terms of how much they could break down the character, whereas if it was a DC’s Elseworlds like Joker, they could have broken the character down further and opened it up to other DC  heroes or even villains to appear, General Zod as a good guy would have been sweet to see, but alas it wasn’t to be. 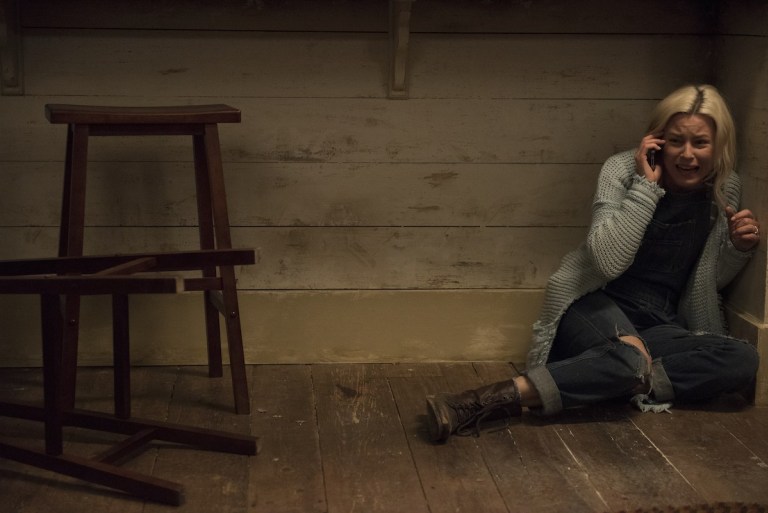 This doesn’t mean that the Gunn’s and Yarovesky didn’t manage to produce a solid and interesting take on the genre, flipping the usual origin story we have seen hundreds of times over at this point into something unique, showing us how easily all these superheroes could have been bad and just how scary it would be for those now at the mercy of these beings.

One of the biggest aspects of Brightburn to impress me is just how good the film looks despite its relatively low budget, with some of the special effects and gore being surprisingly  effective, helping to make the film scarier than I would have expected, largely without the use of jump scares and other cliches that plague most modern horror films.

Another aspect of the film that I really enjoyed was the performances of both Elizabeth Banks and David Denman’s, who share some great chemistry and showcase some real emotion as their son Brandon (Dunn) starts to show more and more worrying traits, you can’t help but feel for the two of them who had previously seen him as a blessing.

Jackson A. Dunn on the other hand although trying his hardest as the hero gone wrong, his transition from good child to murderous demi-god partly due to the relatively short run time feels a little rushed, with an extra 30 minutes the film could have dedicated more time to showing his reasoning and gradual decline into evil, rather than him listening to a spaceship in his sleep and suddenly going on a murderous rampage.

Although limed due to its independent nature and run time, Brightburn is an imaginative, unique and surprising take on the superhero genre, filled with some really good acting and a couple of satisfying deaths that will stay with me for a long time to come.

If you liked: Chronicle,  Glass, Man of Steel