Plot: A group of friends travels to rural Sweden to visit a rural hometown’s fabled mid-summer festival. What begins as an idyllic retreat quickly devolves into an increasingly violent and bizarre competition at the hands of a pagan cult.

It’s pretty safe to say that I loved Asters debut film Hereditary and when the trailer dropped for Midsommar I was extremely excited to see if he was going to strike gold twice in quick succession, producing another memorable and divisive modern horror classic and now that I’ve watched and taken in the film, I can say with all certainty that Aster is one of the best and most exciting directors not just working in the horror genre but working in Hollywood today.

One of the things I loved about Hereditary is that every time you watch you notice something that you missed before and the excellent use of foreshadowing, so going into Midsommar I was prepared to look out for the intricate little details in the background that might hint at a characters fate or a potential plot twist, feeling rewarded when some of these possible plot points coming to fruition. 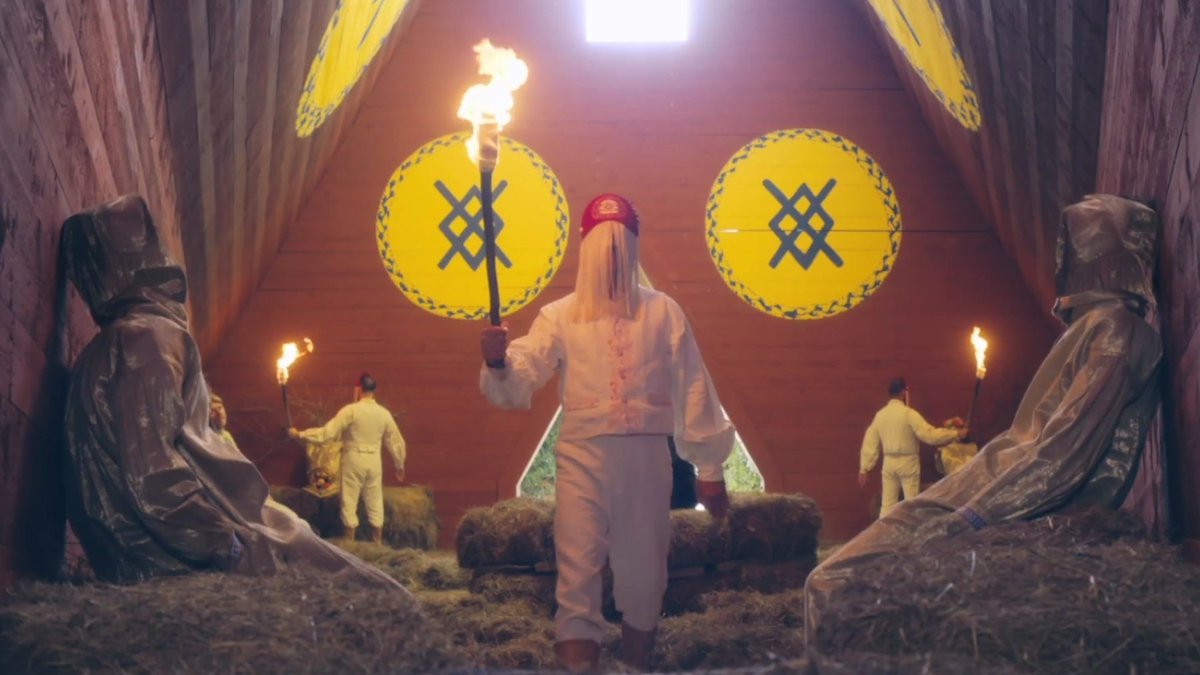 Clearly influenced by The Wickerman, Aster uses a combination of interesting camera angles, strange edits, and wonderfully quirky character acting to produce a feeling of unease throughout the film, with the perpetual sunshine helping to increase the tension as the film goes on and the characters suspicion of there surroundings grows.

At no point feeling excessive or forced, Aster uses gore in a way that feels fresh and different, not afraid to shock the audience, he will linger on it and leave a lasting impression, even some time returning to it when other directors would have cut away.

Putting in excellent performances, both Pugh and Reynor really step up and help to make Midsommar more than just a horror film but also a breakup movie, with Dani (Pugh) and Christan (Reynor) growing apart throughout the film, only staying together due to Dani’s bereavements and Christians sense of obligation.

Pugh especially put in the work and it’s clear to see that she is going places and even though I’m not a big wrestling fan, I’m slightly tempted to see Fighting With My Family, just to experience more of her work and know what to expect from her in the upcoming Black Widow film.

This doesn’t mean that Midsommar is going to be for everyone, Aster does things in his films that can throw the audience and feel a little bit left-field, people will go into the cinema expecting it to be filled with jump scares and horror cliches like Annabelle or The Conjuring, whereas this film is closer in tone to psychological horror classics such as The Shining and The Witch, with his almost art house moments sometimes not being taken as seriously as hoped, sometimes provoking laughter, with the sex scene especially causing sniggering during my screening.

Another aspect of the film that some might not enjoy is how up and down in terms of pacing the film can be, this being partly down to the permanent sunshine not helping to showcase the passage of time but also the memorable opening sequence being followed by somewhat of a lull as the group travel from the US to Sweeden and although I understand the reasoning for both, I feel that there were cuts that could have been made to the first half of the film as the characters are developed, with the time given the end of the film and further explaining the groups decisions and motives.

Midsommar is another strong entry from a genre newcomer, that although not as good as his debut film, still manages to treat the audience to gruesome and memorable sequences that will stay with them for years to come, further proving that Ari Aster wasn’t a one-hit-wonder and I for one can’t wait to see what he does next.

If you liked: The Shining, The Witch, Hereditary