Plot: While babysitting the daughter (Grace) of Ed (Wilson) and Lorraine Warren (Farmiga), Mary Ellen (Iseman) and her friend Katie (Sarife) unknowingly awaken an evil spirit trapped in a doll.

Before going to see the latest in the film in The Conjuring Universe I asked a couple of friends who had already been to see Annabelle Come Home, asking if it was worth seeing and how it compared to its the predecessor The Nun, which although a little cliche and predictable I found to be a solid enough popcorn horror film, with the answer generally being it’s okay but starting to get a little bit tired and always feel like the set up for the next movie, much the same as another cinematic universe that’s been going for a while.

The strange thing about Annabelle Come Home is just how little Annabelle is in it, with the same to be true about Ed and Loraine Warren who apart from a small bit at the beginning is largely absent until the end, it is instead left up to their daughter Judy, her babysitter and best friend to combat the combined forces of evil and every so often a demonic doll. 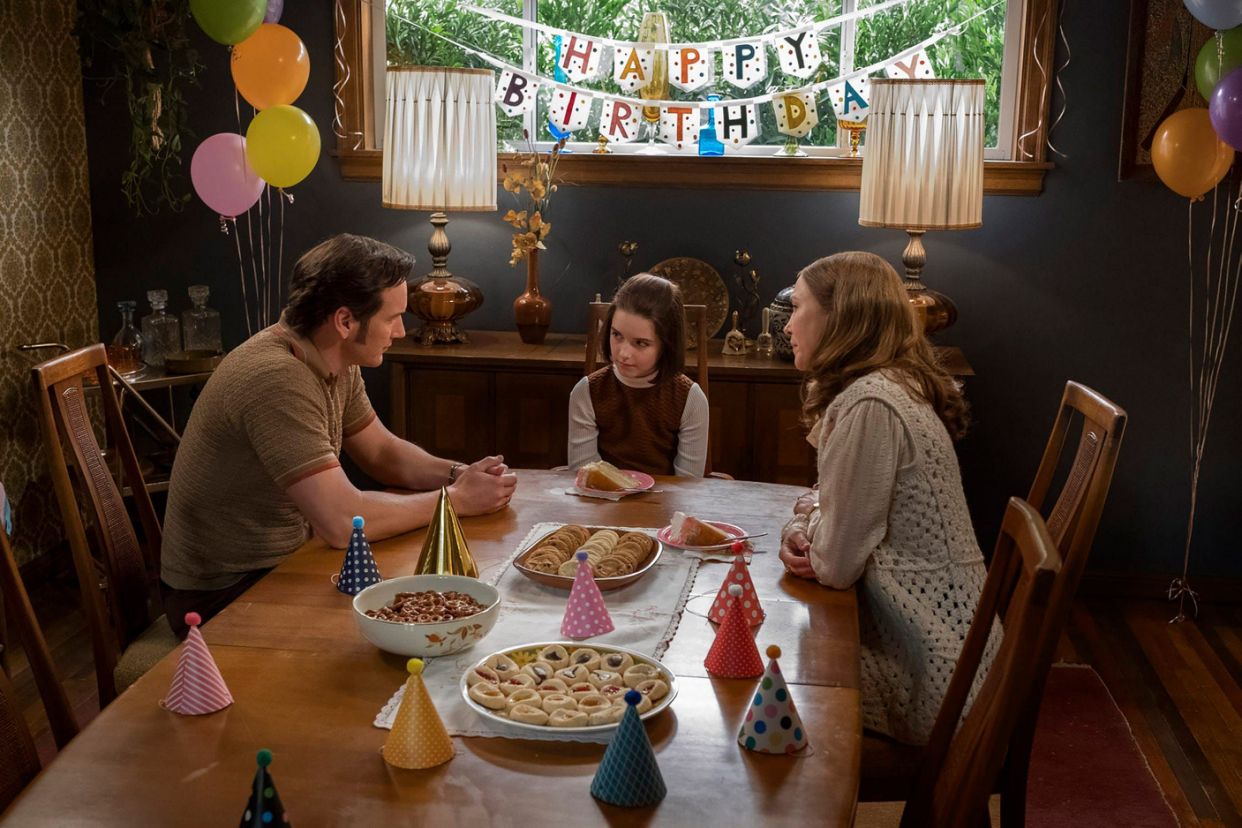 This was somewhat to be expected as it brings together The Conjuring films and the first Annabelle, the only issue is that it doesn’t entirely work, with the sequences with Ed and Loraine feeling like a separate movie to the sequences with Judy, with the latter being cheesier and letting down the hard work building the tension, with a particular scene involving a pizza delivery boy and the boy next door feeling closer at home in a horror-comedy than a supernatural film played with a straight face.

This isn’t to say the film doesn’t have some merit, the cast all do a good job, with Mckenna Grace especially putting in a good performance as the young budding clairvoyant dealing with demon possession, while Katie Sarife does well to inject a bit of emotion to the film. There are some more aspects of the film that I found enjoyable such as the strong and imaginative character designs, opening up multiple opportunities for future films, with the ferryman, in particular, a character that piqued my interest and I hope it’s him and not the CGI cloud werewolf that is chosen for the next spin-off.

Although not one of the best films in The Conjuring cinematic universe, Annabelle Comes Home is still a solid, somewhat scary and well-acted film that despite its identity issues prooves that there is still life in the series and you should expect more spinoffs to follow

If you liked: The Nun, The Conjuring, The Bye Bye Man