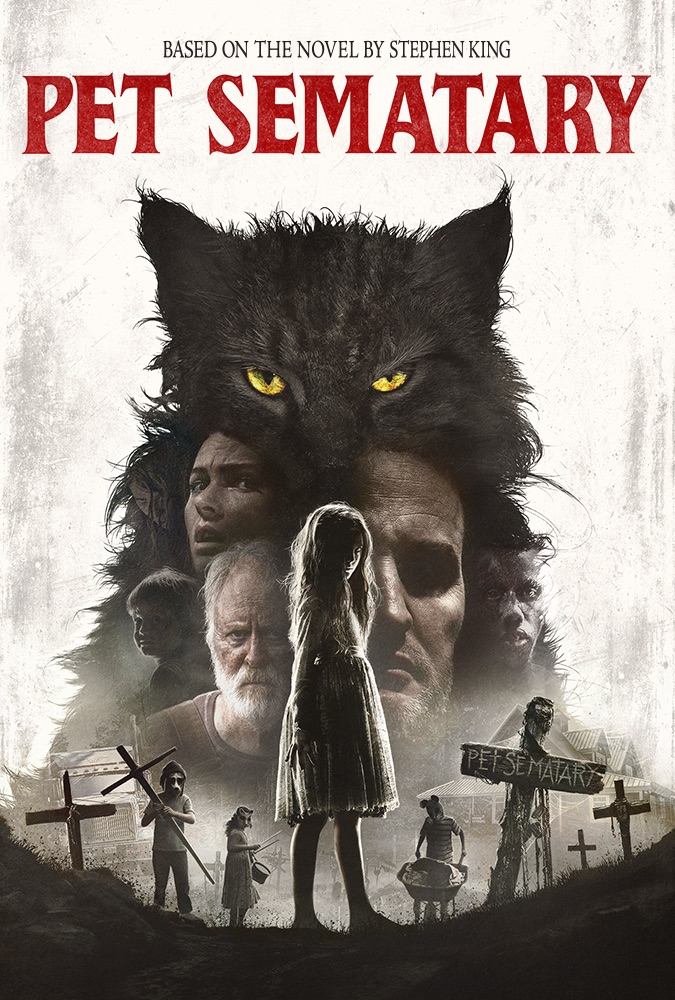 Plot: Dr Louis Creed (Clarke) and his wife, Rachel (Seimetz), relocate from Boston to rural Maine with their two young children. The couple soon discovers a mysterious burial ground hidden deep in the woods near their new home.

The most surprising thing about this film is probably that the film isn’t a remake as much as it is a retelling, not only changing the story from the 1989 version but also the 1983 Stephen King novel, cumulating in an ending that I feel works better than both, well on screen anyway.

Both Clarke and Seimetz are perfect in their roles of Louis and Rachel Creed, while Laurence is a revelation as the young Ellie, producing a performance that nuances beyond her years, especially during the final act, the only downside to the film in terms of acting being just how little we are treated to Lithgow, he really is a treat and I wish he was around more.

This version is both bleaker and darker than I was expecting, which works well given the subject matter involving the death of children, while the subtle changes to the plot help to make the story more believable and set up a more fulfilling ending that could lead to a sequel.

Another surprising element of Pet Sematary is that the jump scares are kept to a minimum, giving you a chance to enjoy the building suspense, tension and the few gory scenes that are dotted throughout, the only shame being the lack of time devoted to building the lore surrounding the cemetery and the powers it holds.

It’s been years since I read the book or watched the first adaptation so can’t really say which I enjoyed more, that being said I did enjoy the 2019 version and if you are looking for a good quality popcorn horror film that doesn’t rely too much on cliches, then Pet Sematary is a good place to start.

If you liked: US, Sinister, The Conjuring