Take a deep breath. You are gonna need it.

Plot: The nephew of an armoured-truck driver tries to prevent three million dollars from being taken by a local rival gang during a catastrophic flooding caused by a severe storm.

Last week I revisited tornado action film Twister and found it to be a better film than I remembered, which got me thinking of the other mid to late ’90s action films that I should reacquaint myself with, luckily my friend Chrissie over at Vamp it up Manchester was at hand to remind me about a film I had recently watched and forgotten to review. Hard Rain. 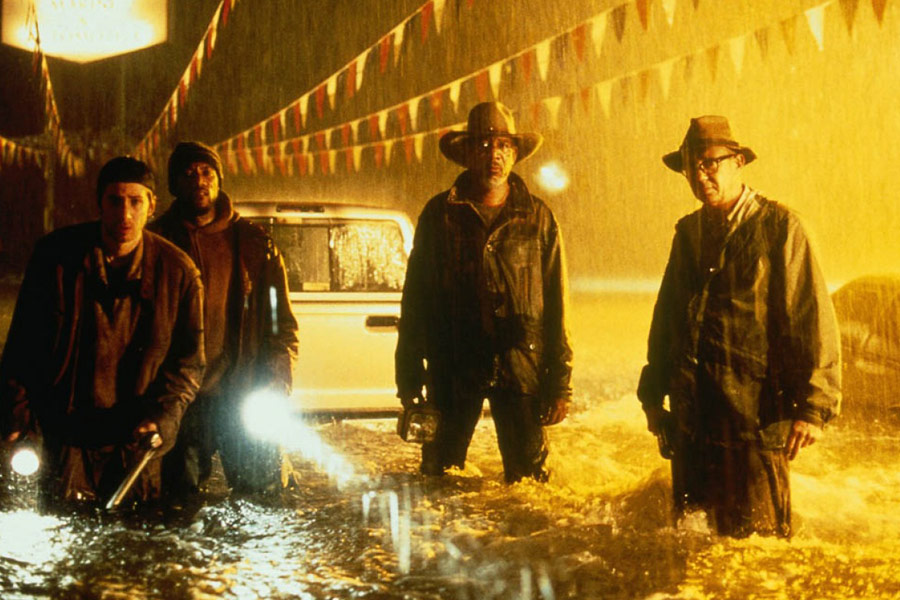 This film had a rocky start, to say the least, changing names from The Flood and releasing to pretty underwhelming fan fair, it is of no wonder that it failed to make a massive impact at the box office, but despite the studio setting the film up to fail, I can’t help but find it for the most part pretty enjoyable.

Much like the upcoming horror film Crawl, the setting for Hard Rain is a flood-ravaged small town in the middle of a storm, where armoured car driver Tom (Slater) ends up stuck with the water rising around him as a gang of thieves (led by Freeman) try to get to the money Tom was transporting, starting off a cat and mouse hunt throughout the submerged town, with the local police force and citizens caught in the middle. 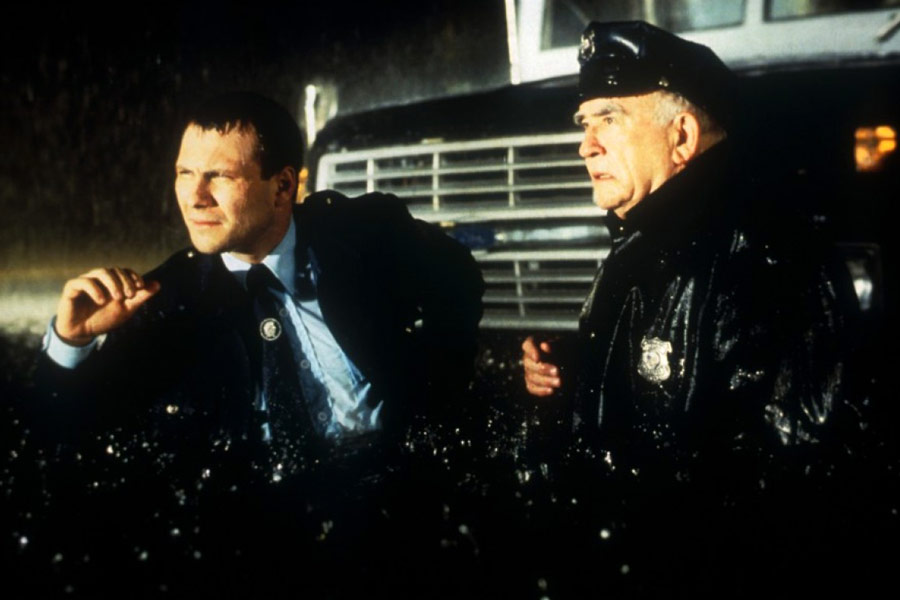 I’m not sure if it was a ’90s action trope that character development was an afterthought, with Twister, Volcano, and Dante’s Peak guilty of the same thing, but in the case of Hard Rain it works, there are very few moments in the film in which it would make sense for the characters to sit down and chat about their lives or even their motivations other than wanting the money.

The cast clearly had fun in their roles and apart from Driver’s slightly iffy American accent, they all do well with the material their given, Slater especially did a great job as the reluctant hero, taking me back to when he made good films, such as Interview with the Vampire and True Romance, rather than the god awful Churchill: The Hollywood Years. 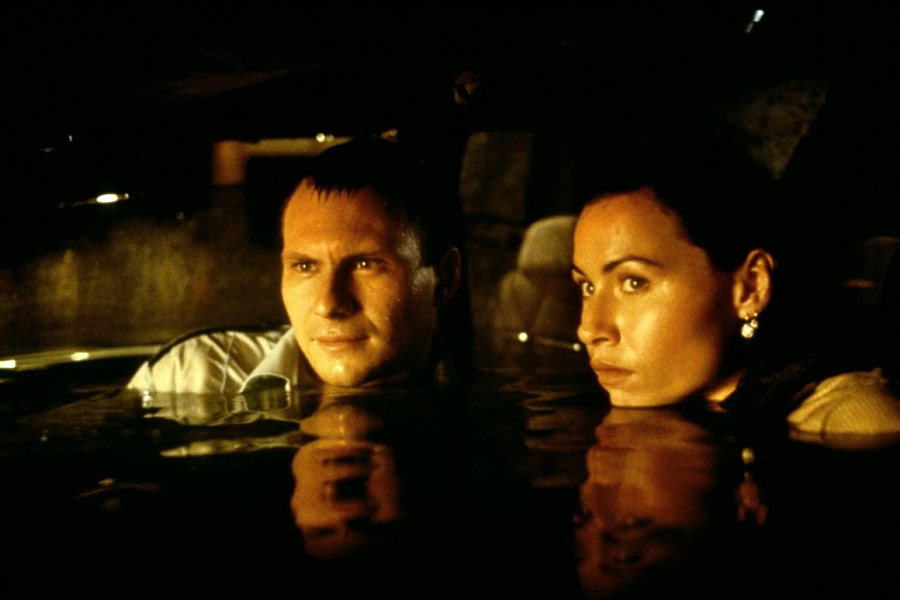 Unlike Waterworld, which came out a few years prior, Hard Rain is a much darker and gritty film, suiting the tone, while not taking away from some excellent action set-pieces, something that these days has been lost in the age of  CGI, with the exception of the latest Mad Max films.

Despite the bad reviews and poor box office returns, I would still recommend Hard Rain as a highly entertaining B-movie.

If you liked: Waterworld, Twister, Volcano