You have the right to remain silent… Forever

Plot: A killer dressed in a police uniform begins murdering innocent people on the streets of New York City.

The 80s was a decade filled with slasher films and by 88 most audiences will have seen practically every type of knife-wielding psychopath intent on killing as many innocent people and punishing the wicked, after all the production companies new that audiences just couldn’t get enough of blood and gore, however, there were a few films that tried to give you something more unique such as Child’s Play or Friday the 13th, to name a couple, with Lustig’s unconnected 1980 film Maniac another I feel did enough to still be remembered today, Maniac Cop, on the other hand, has given me mixed feeling as to whether it deserves it’s cult classic tag.

From the first sequence with a young woman being killed by a uniformed police officer for no other reason than she ran to him for help, Maniac Cop isn’t a slow burn relying on tension to get the scare, with a plot that’s pretty straight forward from start to finish. A deranged killer on the streets of New York, a police officer Jack Forrest (Campbell) determined to bring the real perpetrator after being arrested for a murder he didn’t commit.

There are memorable aspects that somewhat help me to understand why it is remembered so fondly, one of which being the wide array of genres that the film crosses, jumping from high octane car chases around New York to stright up horror, with the film not afraid to produce a high body count, with the scene in the police station alone topped by only Jeepers Creepers in terms of dead cops. 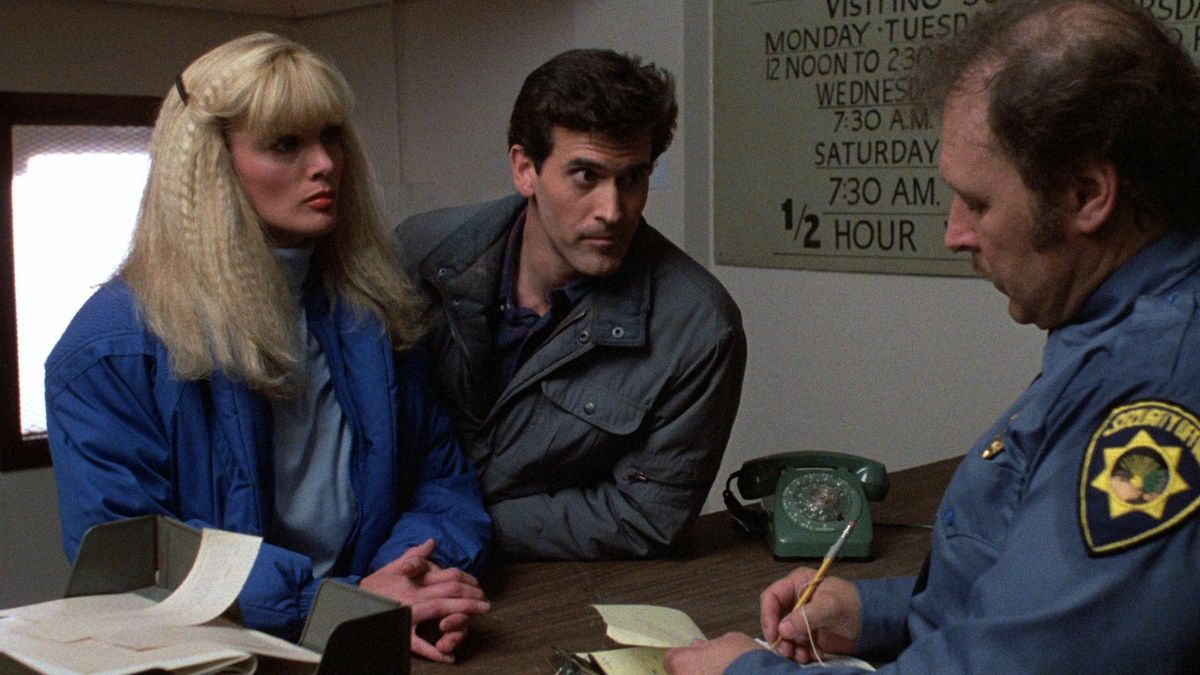 Sadly for me there is too much just doesn’t add up in Maniac Cop. Like Jason in the Friday the 13th or Michael Myers in Halloween, the Cop seemingly has superhuman strength and a sense of invincibility, but unlike those icons of horror cinema, theses seemingly no explanation as to why he is able to sustain such damage without dying.

Another of the aspects of the film that I found strange was the choice to have Campbell’s character cheat on his wife, it doesn’t help endear you to the character and overall makes no real difference to the plot other than finding his romance with fellow officer Theresa (Landon) feel a little strange, *spoiler* especially after the death of his wife.

That all said I still found enjoyment while watching it. much like in Evil Dead Campbell is clearly having fun in the role and produces many hilarious moments in a relatively straight role. Lustig, who went on to make two moderately successful sequels, provides some interestingly dark action scenes, filled with surprisingly brutal violence and gore. because of these reasons, I find it hard to be too harsh on Maniac Cop, as even if it is little more than a decent slasher flick.

If you liked: Candyman, Pet Sematary, My Bloody Valentine