From the director of Venom and Deadpool 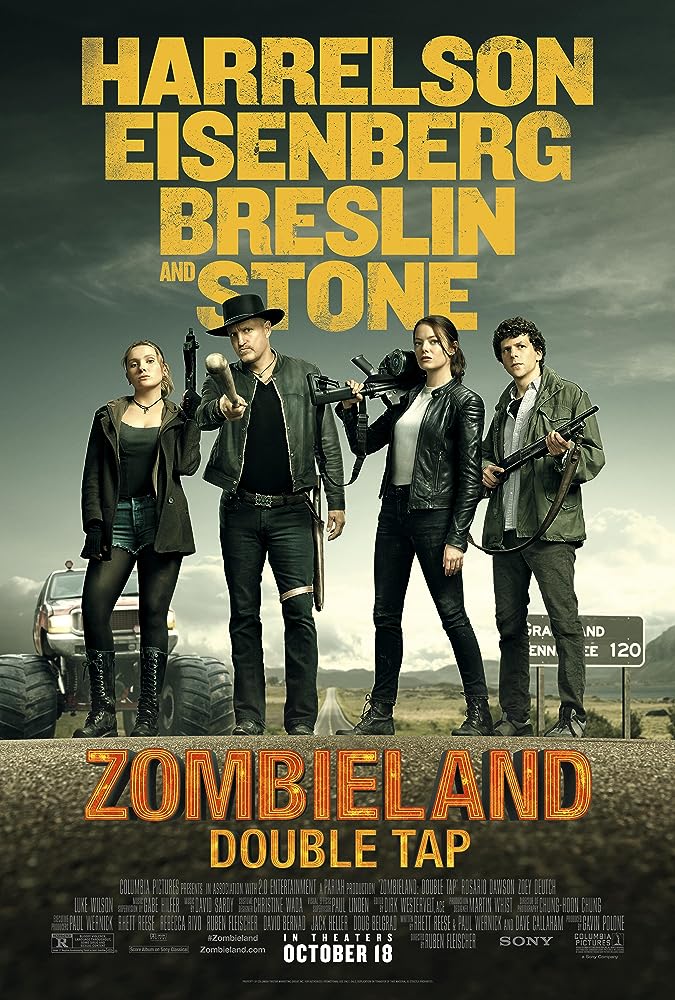 Plot: Columbus, Tallahassee, Wichita, and Little Rock move to the American heartland as they face off against evolved zombies, fellow survivors, and the growing pains of the snarky makeshift family.

I went into this film knowing that after so many years, it was always going to be hard to recapture the magic of the first film, a film that remains as fresh and fun to watch as when it came out in 2009. Meaning that when it came to Zombieland: Double Tap I had relatively low expectations and luckily for me, Fleischer and the team managed to make a film that for the most part topped my expectations and provided enough of a reason to justify a second film in the Zombieland universe. 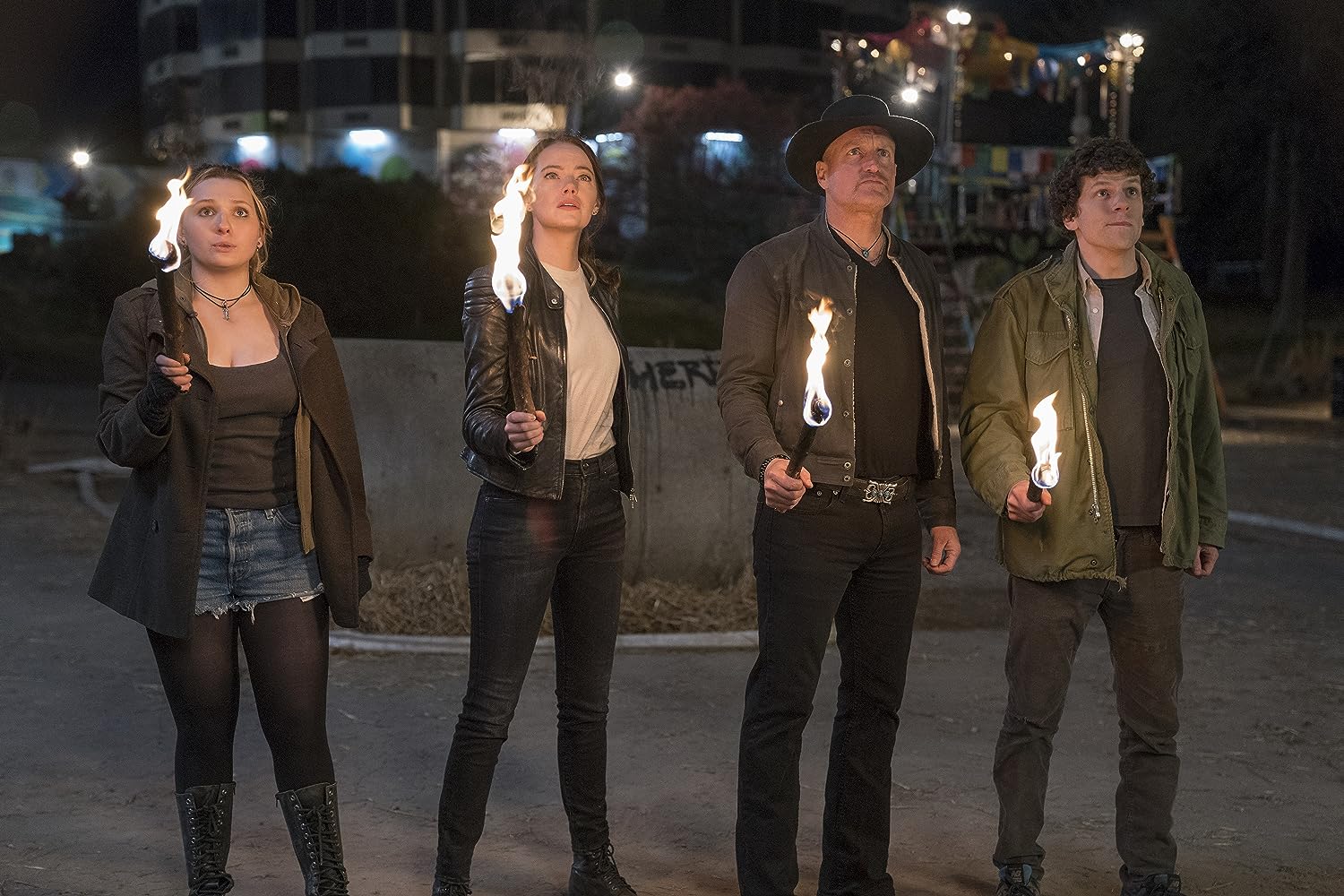 The nostalgia came flooding back almost immediately and it was fun to see how the group had got on since their escapades at Pacific Playland ten years ago, but let’s be clear here if we were to compare the two Zombieland movies, the first is head and shoulders above Double Tap, this despite the makers and the original cast working hard to inject the film with the same energetic look, comic wit and unique take on the zombie apocalypse.

Sadly what Zombieland so refreshing to watch was its unique take on the rather stale zombie sub-genre, so whilst Double Tap tries so hard to feel like the first film it forgets to do anything new and original itself. with the plot also feeling a little formulaic.

This isn’t to say that the film isn’t entertaining, with me laughing out loud on a few occasions, while Harrelson, Eisenberg and Stone all complemented each other with strong performances that showed how far or how little the characters had come over the years, sadly I feel that Breslin given the least to do which was quite disappointing given that her character probably had the most opportunities for growth.

The highlight of the film by far is the new introduction Zoe Deutch who stole every scene she was in as the simple and happy go lucky Madison, producing some wonderful interactions with the rest of the cast along the way.

If you overlook the film’s limitations, you would have a great time, after all, Double Tap isn’t a bad film it’s just after ten years you might have expected something a little bigger and more ambitious, but maybe the way they finished off there’s room enough for another Zombieland adventure. Let’s just it’s not in another 10 years.

One extra note, make sure to stay for the after credit scene, I won’t give to much away other than:

This guy has a direct line to my funny bone – Wichita, Zombieland, 2009

If you liked: Zombieland, Shaun of the Dead, Scouts Guide to the Zombie Apocalypse