Pray it desires not you. 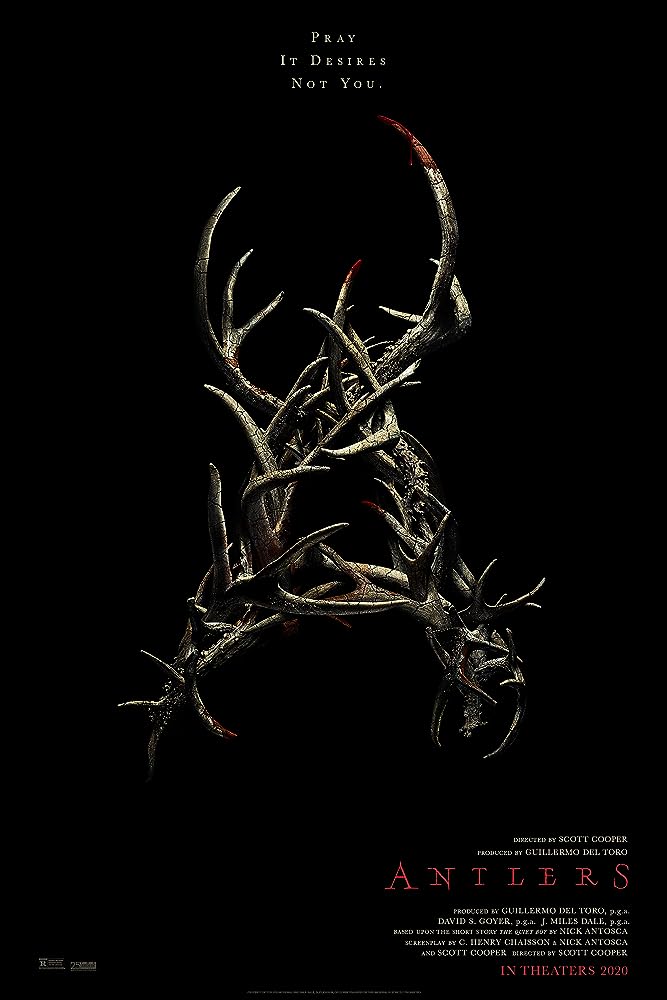 Plot: A small-town Oregon teacher and her brother, the local sheriff, become entwined with a young student harbouring a dangerous secret with frightening consequences.

Based on Nick Antosca’s the short story The Quiet Boy, Fox Searchlight’s latest trailer for Antlers once again leaves the plot wonderfully mysterious, only teasing an imaginative monster movie linked to family problems in much the same way Ari Aster did with Hereditary.

From the trailer and a couple of articles I have read on the film, all I really piece together is that the film centres on a young boy and his family as his father starts to transform into a monster. I’ll probably avoid watching any more trailers for the film and save the plot as a surprise.

Reminds me of: Midsommar, The Ritual, The Witch