They Are Dying to Play. 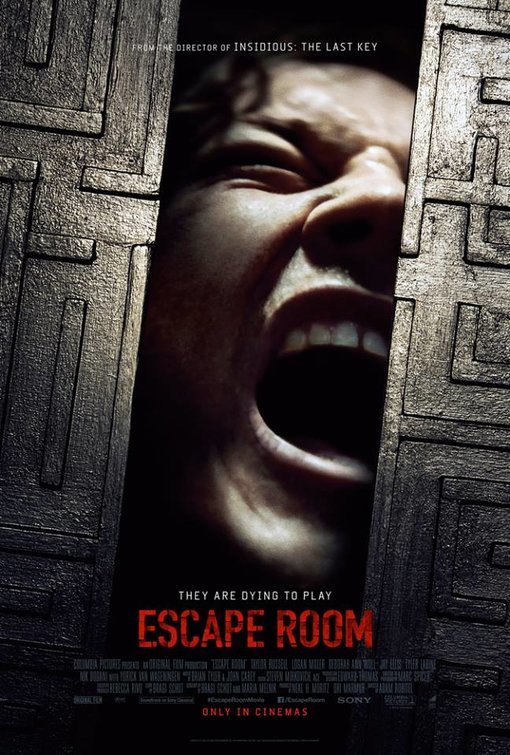 Plot: Six strangers find themselves in a maze of deadly mystery rooms and must use their wits to survive.

With escape room’s popping up all over the place, it was only a matter of time before a whole host of horror films chose them as locations for horror films, with 2017’s Escape Room, 2018’s No Escape Room and finally 2019’s Escape Room to name just a few and it’s the latter that I am writing about today and although it lacks the originality of the concept, the film makes up for it with entertaining set pieces, thrilling direction that keeps you on the edge of your seat and an interesting mix of characters. 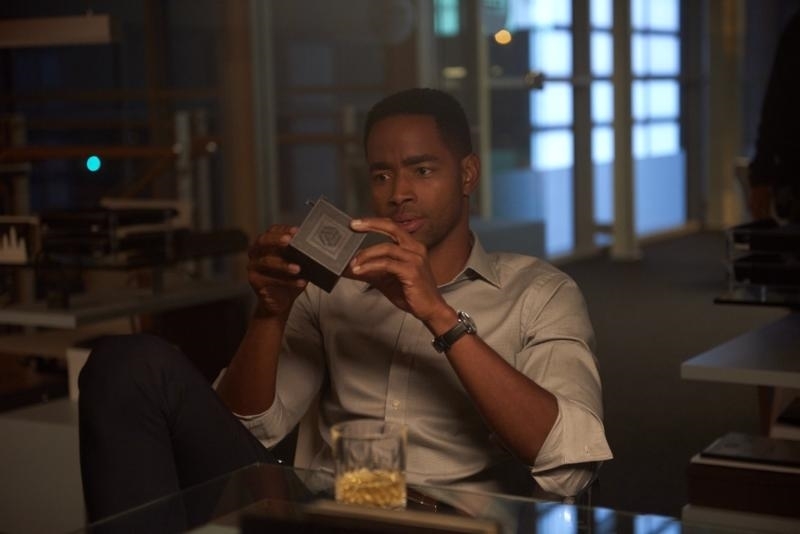 The plot follows a group of stranger Zoey (Russell), Ben (Miller), Amanda (Woll), Mike (Labine), Jason (Ellis), and Danny (Nik Dodani) making their way through a series of puzzle rooms, with a cash prize for anyone who manages to escape, with each room getting more complicated and eventually more deadly as they progress.

Although not the most original of set-ups, it was entertaining to watch as the group attempt to figure out the clues and make it out alive. You find yourself attempting to crack the clues along with the gang, even putting the pieces together before they do. 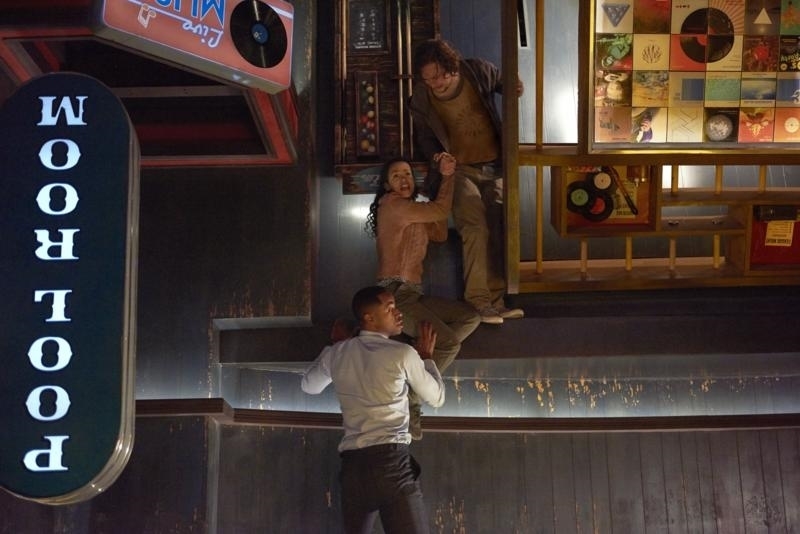 Although Taylor Russell was set up as the lead, it was Logan Miller who I found to be the standout cast member as the group, while the rest of the group did good jobs with the material they were given, it was especially nice to see Deborah Ann Woll being given something meatier after her role in Daredevil.

From the opening scene of a character being stuck in a room with the walls closing in around him, Director Adam Robitel a good job building up the tension and suspense as the danger increases, giving each room a unique and interesting feel, going from a claustrophobic atmosphere one minute to a feat of falling the next. 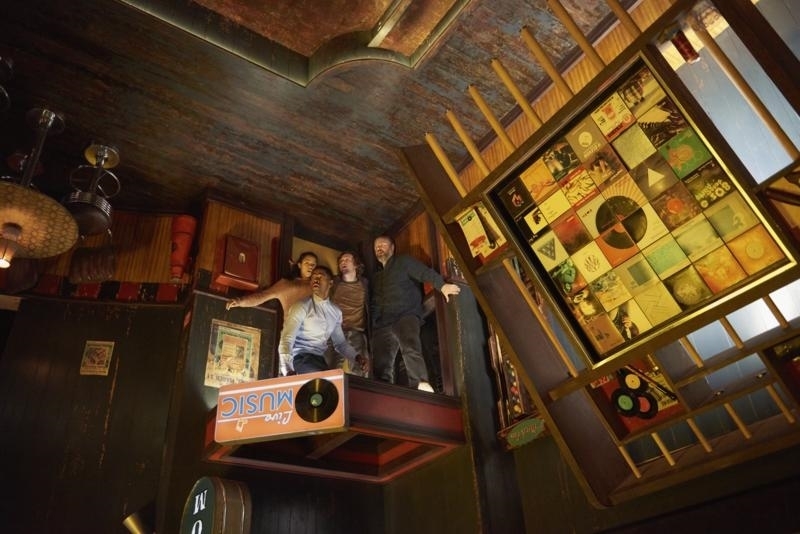 When it comes to the twist ending, although it was something we have seen before in other films and is clearly a set up for sequels, it didn’t seem too far fetched and I feel it was done well enough that you’re prepared to suspend disbelief.

Overall, Escape Room is a good action horror film. The cast was great. The script and plot separate this film from the others in this emerging sub-genre. The ending may well be the weakest link in the movie, but it doesn’t take away from the film too much to stop you enjoying the film and even re-watching it in time the inevitable follow-ups.

If you liked: Final Destination, Cabin in the Woods, Blair Witch