They hunted him down. They murdered his friends. Now they’ve taken the one thing he would kill for – his only daughter. May Heaven help them.

Plot: A retired Special Forces colonel tries to save his daughter, who was abducted by his former subordinate.

Arnold seems to switch between good films and bad films worse than Nicholas Cage, but some are so bad that they are good and some are unintentionally funny to the point that you enjoy them for reasons other than what their director envisioned such as Batman and Robin and End of Days. Commando has made onto that list, all are exceedingly stupid, absent of intelligent characters and dialogue, and all feature a huge number of groan-inducing puns. But unlike the others and most importantly Commando is really, really fun to watch. 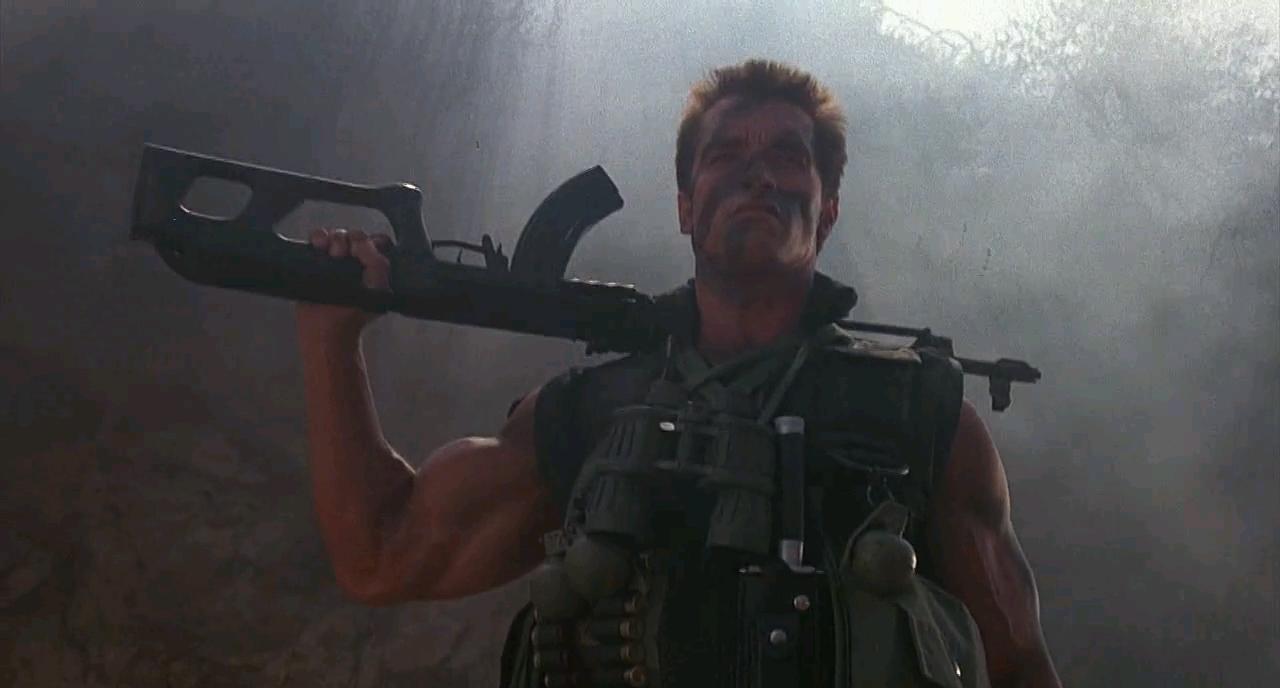 Commando came not long after the success of The Terminator and was to be his next vehicle to success, which is why despite him playing a human you can feel the influence of Terminator all over the movie. Not only is he’s very very tough and he bares his chest practically all the time and has seemingly super-human strength.

Col. John Matrix (Schwarzenneger) is a retired Vet and apparently, the greatest soldier ever is done with saving the world and wants to live out his days chopping wood and eating ice-cream with this daughter Jennie (Milano). It sounds like a parody but I can assure you this is his life and we are treated to an opening credits montage of John and Jennie playing with deer, and swimming, and enjoying ice-cream to prove it. But then for some reason (The plot that doesn’t even really try to explain why), Jennie is kidnapped, and Matrix has half a day to save her before the bad guys kill her and so we have a movie. 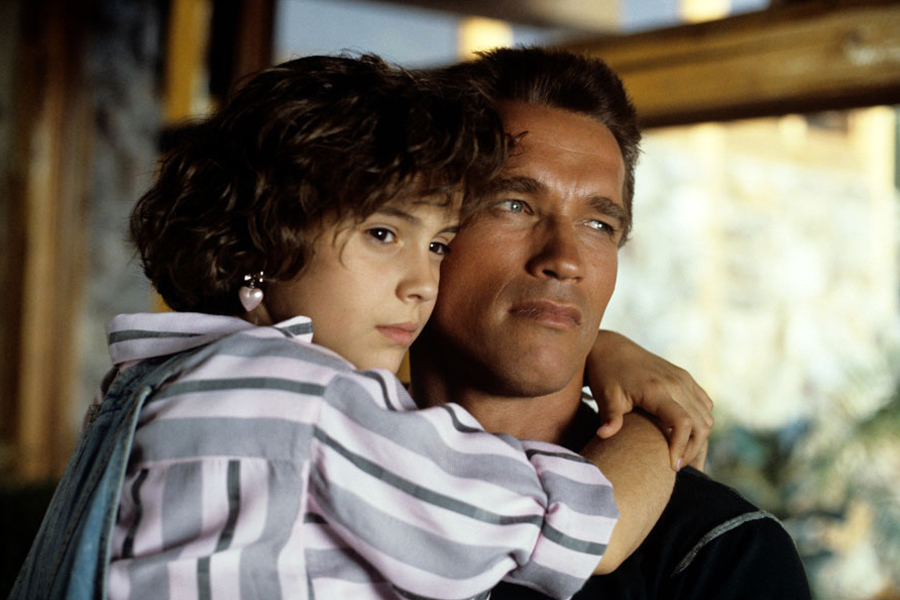 During the film Matrix kills seventy-five guys all by himself, breaks everything he touches and finds time to meet a woman, all in the span of eleven hours where it goes from day to night to day again, it’s safe to say that logic isn’t the films strong point, but what can you expect from a film in which someone is killed with a pipe to through the chest and everyone looks like an extra from GI Joe.

The continuity gaffs like that one and others are a bit of the fun and why it’s enjoyable to watch, especially when coupled with some superb stunts that result in violence and death for violence and death’s sake, topped off with cheesy one-liners, “Don’t wake my friend- he’s dead tired” is a personal favourite of mine. 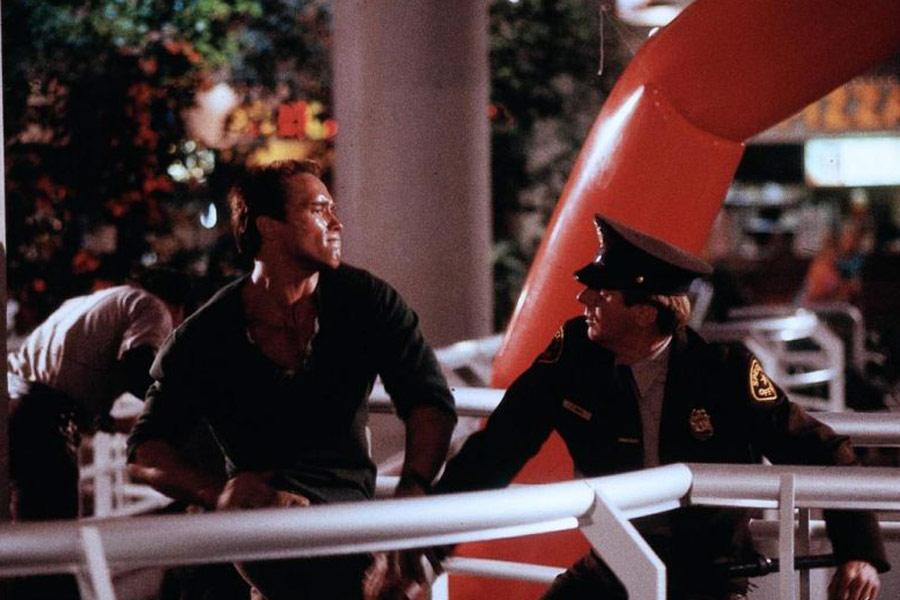 The great thing about this film is just how unrealistic it is, showcased perfectly as Matrix ploughs through multiple extras with a machine gun as they unsuccessfully attempt to shoot him. it’s flawed and cheesy but means that Commando is the perfect action film for a movie night with friends.

If you liked: Die Hard, Cliffhanger, The Running Man