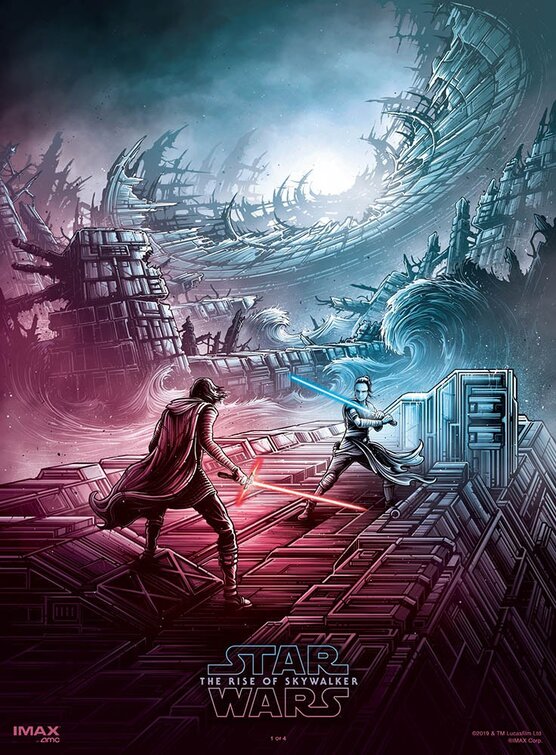 Plot: After Palpatine mysteriously returns, the Resistance faces the First Order once more in the final chapter of the Skywalker saga.

Given how badly it’s predecessor The Last Jedi was handled and the way in which beloved characters were treated, going into The Rise of Skywalker I had pretty low expectations and had a difficult time seeing how Abrams would be able to salvage the trilogy, but after biting the bullet and going to see it I’d say that although it’s not perfect by any stretch of the imagination, the film tries it’s hardest to make amends for the previous film and provide entertainment along the way.

First thing I must say is that if Abrams had looked after all three films, we may not have been in this situation with having to fix all the issues pointless characters being introduced and quite frankly stupid storylines, but this is where we find ourselves and the resulting film is probably the best we could have hoped for.

Both of the previous films were visually stunning to say the least, but here they take the visuals up and notch and taking my breath away on at least a couple of occasions, with the contrast between the worlds of Sith/The Order that of the rebels is great to behold and it was lovely to see the cinematography mixing the modern with the classic to create a film that is probably one of the best looking of 2019.

Abrams did a great job here to put together a more streamlined plot than the last film, concluding in the grand final battle that the trilogy of Star Wars films had been building too, with a few twists thrown in along the way to stop the formula from feeling stale. Though I must say that were a couple of occasions where they went slightly over the top.

Now onto the flaws. It’s taken three films but it feels as though Abrams finally understood what needed to be done and by that time it was too late to completely salvage some of the decisions that were made before. Meaning that a large proportion of the first act was dedicated to fixing mistakes rather than driving the plot along or providing character development to those we are introduced to in the previous film such as Rose, who frankly could have been written out of the film and it wouldn’t have made a difference.

Sadly another aspect of the film I found to be a misstep due to how much time was dedicated to repairing issues was just how jumpy the film felt, with even the scenes that were meant to inject some emotion into the plot feeling rushed and not landing as well as they could have.

Although heavy on the nostalgia, you can forgive Abrams for bringing an end to 42 years of the Skywalker story to an end with a bit of indulgence. It’s also evident that the original story the makers had in mind was somewhat undermined by Lucas and Johnson in The Last Jedi, but by the end, the movie somewhat recovers the series missteps and even an average Star Wars movie is better than no Star Wars at all.