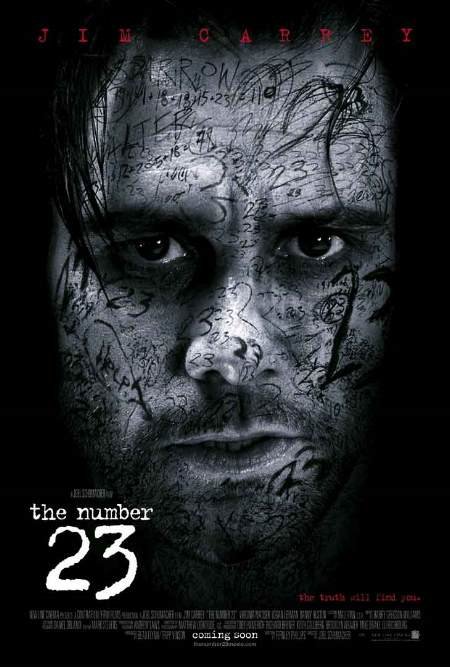 Plot: Walter Sparrow becomes obsessed with a novel that he believes was written about him. As his obsession increases, more and more similarities seem to arise.

With the exception of his Batman film, Schumacher has more often than not produced solid movies, with A Time To Kill one of my top 10 movies of all time, so it shouldn’t be much of a surprise that The Number 23 ended up being as well made as it ended up and reminded both myself and the audience at large that Jim Carrey has the ability to be a dramatic actor.

It’s clear to see that a huge amount of effort and research had gone into making this movie, touching on subjects such as the Number Theory, Obsessive Psychological Behaviour and mental illness, in general, to make the downward spiral that Walter (Carrey) goes through during the film, feel more believable and the logic sound.

The Cinematography and Art Direction showcased throughout were excellent throughout, with only a couple of scenes showing their age in terms of direction. I particularly enjoyed the way in which Schumacher chose to differentiate between what is seen as real and flashbacks to the Book, these were done really well and added an almost comic book quality to the production.

Jim Carrey gives a stunning yet almost eerie performance, with his charm and likeability keeping you on the side of Sparrow even when his obsession starts to take hold and grow, meanwhile Virginia Madsen as Walter’s wife Agatha. helps keep the film grounded and injects that doubt in the back of your mind that everything is just a coincidence. She certainly brings her a-game and you can’t help but feel scared for her as her husband spirals down.

All in all, this film is both stylish and fun to watch, filled with wonderful building suspense and strong acting throughout, however, I did feel that the ending fell a little flat once the mystery had been revealed and it would have been better if the film left you wondering if there is a mysterious force at work or it was history repeating.

If you liked: The Invitation, Devil, The Butterfly Effect