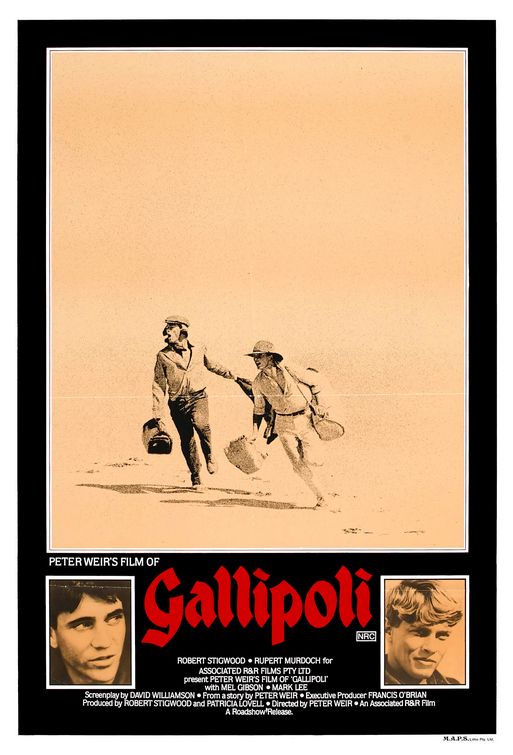 Plot: Two Australian sprinters face the brutal realities of war when they are sent to fight in the Gallipoli campaign in Turkey during World War I.

Gallipoli is one of those rare war-movies in which the war is almost secondary to the plot, with coming of age and the bond between friends feeling more like the centrepiece. This is a film that focuses on the human spirit during a nearly forgotten battle for anyone other than the Australians and made up of relatively unknown actors at the time. It would have been so easy for Gallipoli to have been a flop, but instead what Weir produced is something that not only reminds you about the sense of pride the young men felt when joining up for their country but also forces you to realize the futility of war.

The landing at Gallipoli by joint British-Australian forces is the inevitable destination of the two main characters Archy (Lee) and Frank (Gibson), with the two Australians tale being split into distinct acts. making their way to Perth to enlist, Army Training in Egypt, and the gruelling The Battle of Gallipoli. All three of which are well written, and equally well-acted. 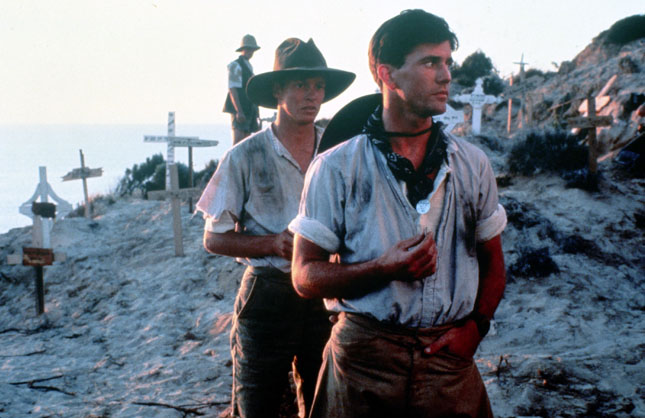 Despite not being the centre of the film until the final act, once we arrive at the Battle of Gallipoli is both hauntingly realistic and harrowing, which I would say is mostly down to Weir’s choice to hold nothing back in the battle sequences and still looming large in the scenes that take place away from the front line. Another aspect that makes the battle scenes work is acting and the musical score building up the emotion before, during and after the blood, gore, and violence, finishing up with a tension-filled final 10 minutes of racing against the clock.

At just 25, Gibson was just cutting his teeth in the film industry at this point, but between this film and Mad Max, you could tell he was going to be the star he is today. With his developing from someone who never wanted to go to war and as he along with his friends loses their innocence about the reality of war, to eventually become the person everything comes down to. But despite Gibson’s strong performance and clear star quality, it’s his co-star Mark Lee playing Archy that steals the show and it’s a shame that he wasn’t able to follow it up with further great performances.

Gallipoli is a terrific film even after all this time and remains one of Peter Weir’s masterpieces, packed full of wonderful acting, beautiful shots and war scenes that leave a lasting memory long after you’ve watched the film.