Plot: A mother personally challenges the local authorities to solve her daughter’s murder when they fail to catch the culprit.

One of the hardest genres to master is black comedy. there’s a tough tightrope to walk, too far one way the drama doesn’t land, too far the other and the comedy seems out of place. Director Martin McDonagh is one of those few filmmakers that seemingly has a knack for mastering this genre, with the wonderful emotion-filled In Bruges and the interesting Seven Psychopaths, which brought him the much-needed spotlight, but Three Billboards Outside Ebbing, Missouri blows away his previous films and is by and far his best film to date. This film is filled with heart, tension and the perfect amount of comedic moments.

After the brutal rape and murder of her daughter, Mildred Hayes (McDormand) hires out three billboards, to publicly call out the local authorities for their failure to find the culprits or even make a single arrest. While this subject might not scream dark-comedy, through clever writing and the ideal use of humour throughout the film, levity is injected to the story, even at times of sorrow, giving it that true to life feeling. Although the subject matter can be depressing, the film is written, acting and directed in a way that even with the darkness of the ending, you can’t help but think back and smile.

The tone of the film is set up from the first shot and from that point is handled perfectly. It’s easy to see that McDonagh is passionate about bringing this film to fruition, with every line of dialogue and every shot feeling perfect and helping to progress the story along, at no point does anything feel excessive or a waste of time. While the film takes place after the murder has occurred and this isn’t a murder mystery in a conventional sense, the event is never far from the front of your mind and helps to explain each and every characters motivation. 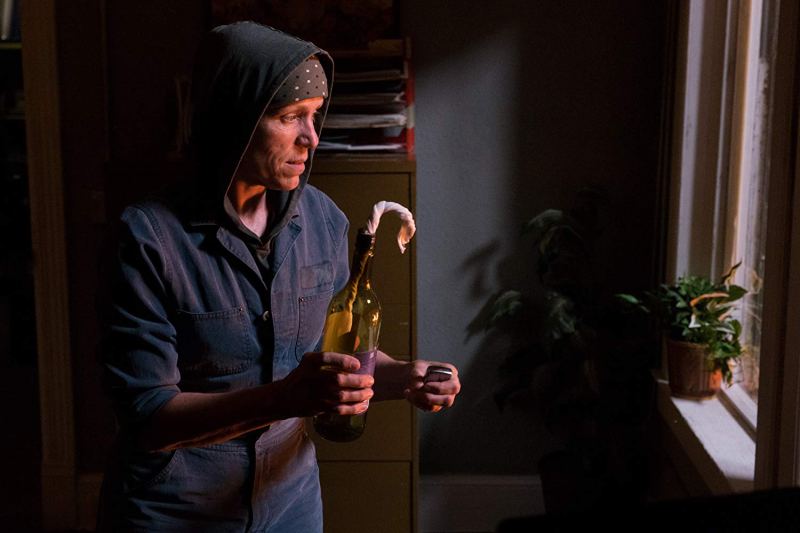 While the film centres around Mildred and McDormand rightfully won an Oscar, I would argue that its Sam Rockwell’s portrayal of Officer Dixon that makes the film what it is and you can’t help but gravitate towards this troubled character, who is developed in such a way that he’s one of the most essential to this story. Woody Harrelson also brings his A-game as the Sheriff and through his actions affects the plot as much or even more than Mildreds decision to rent the billboards.

While some viewers may be turned off by the way the film concludes, I feel that in the context of the story and what the characters each wanted to achieve, a happy ending that wraps everything up in a bow was never going to be on the cards and what we end up with feels more authentic and truthful to the tone of the story.

Overall, after taking the time to watch Three Billboards Outside Ebbing, Missouri, I find myself once again revisiting McDonagh’s earlier work and looking forward to seeing what he chooses to do next. This is an excellent piece of modern cinema and I can’t recommend this film enough.

If you liked: A Time To Kill, Mississippi Burning, Blackkklansman