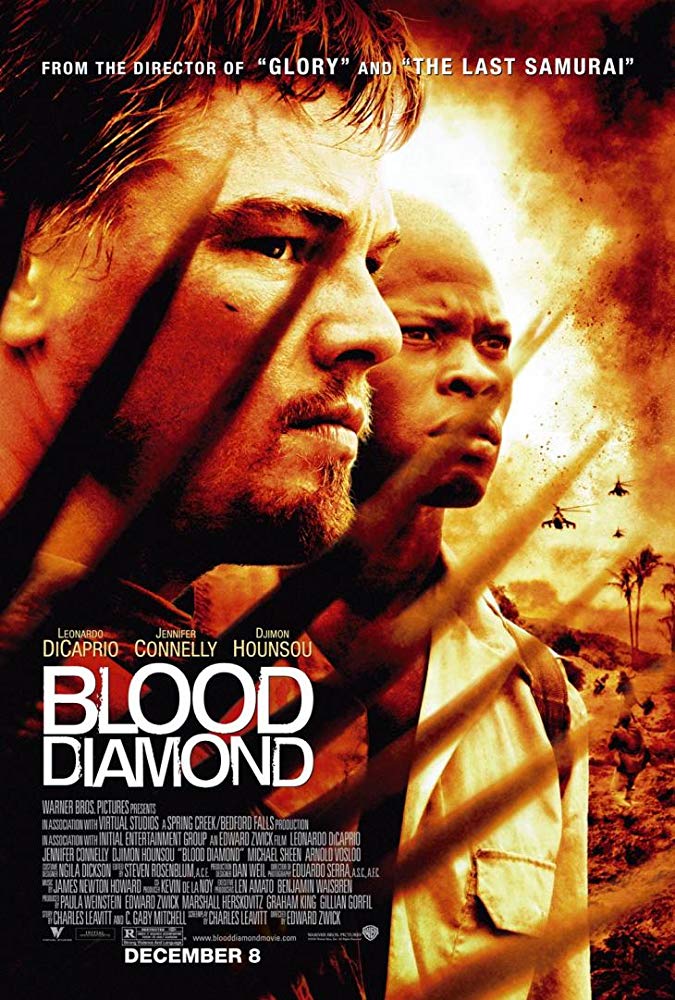 Plot: A fisherman, a smuggler, and a syndicate of businessmen match wits over the possession of a priceless diamond.

Maybe it was the talk of  DiCaprio’s accent but Blood Diamond became one of those films that managed to skip me by but I’m wishing it hadn’t. Tension-filled and showcasing the diamond industries darker and more exploitative side, sure it’s a got parts that are difficult to watch, but Blood Diamond sometimes that is what’s needed to raise awareness to an issue.

For me, the most difficult aspect was the seeing the brainwashing of the children by the rebels, turning them into soldiers to help overthrow the governments, it’s a haunting thought that this continues to go on and watching the struggle a father (Hounsou) went though to rescue his son from these gangs is an emotional rollercoaster.

I’m not saying that Blood Diamond is a perfect film, there’s DiCaprio’s accent, I mean sure you get used to it but it does throw you, to begin with, it has more than its fair share of clichés and the decision to place 1999 seems a little unnecessary given that these issues still exist and the laws put in place to stop the blood diamond trade haven’t really stopped this from being a thing that happens.

If you liked: Uncut Gems, The Irishman, The Martian